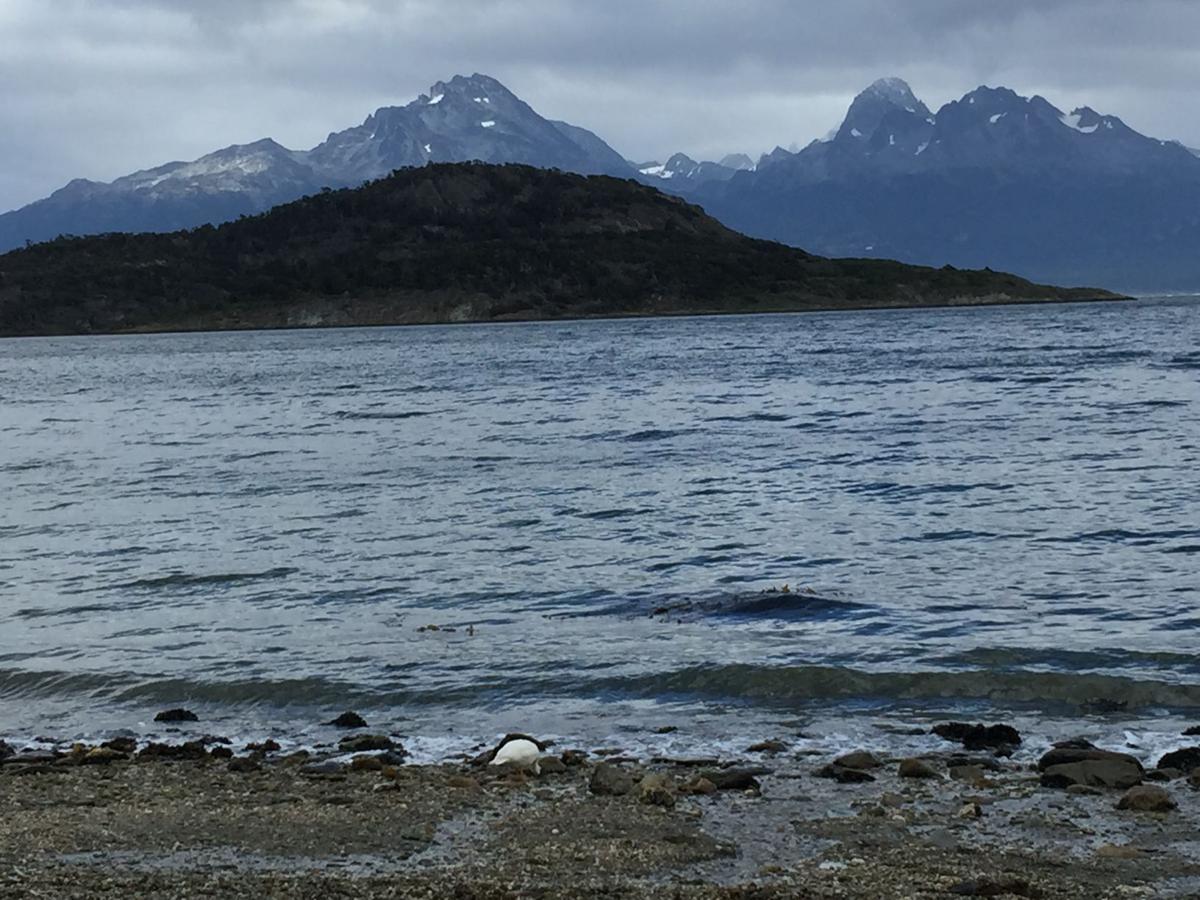 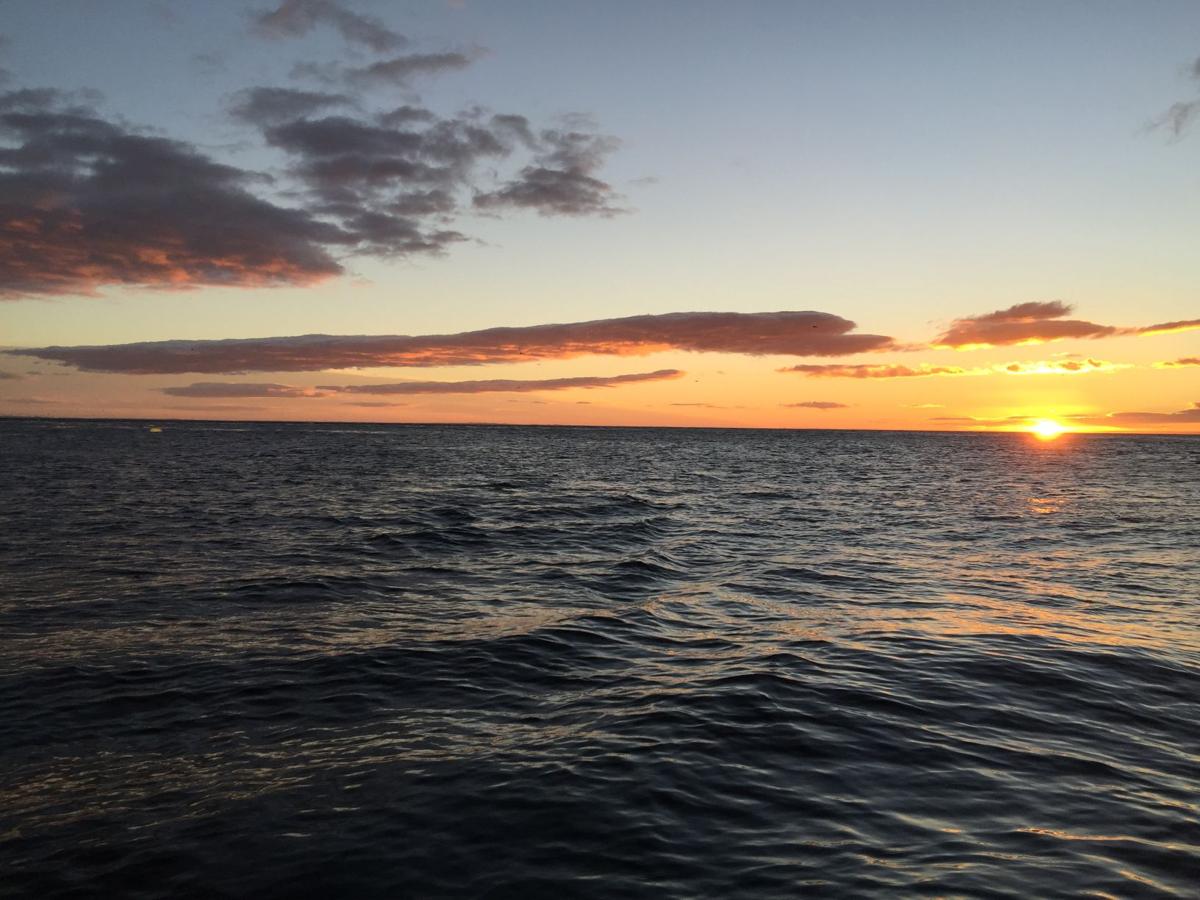 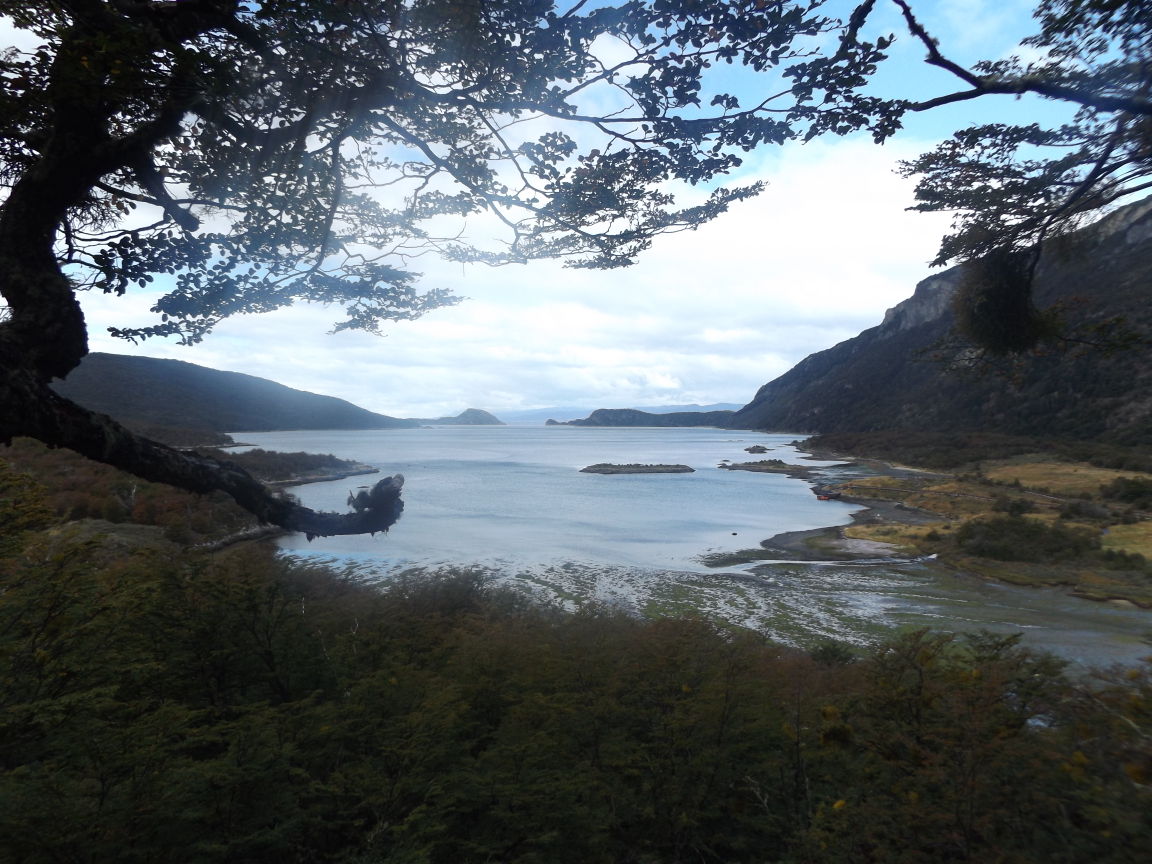 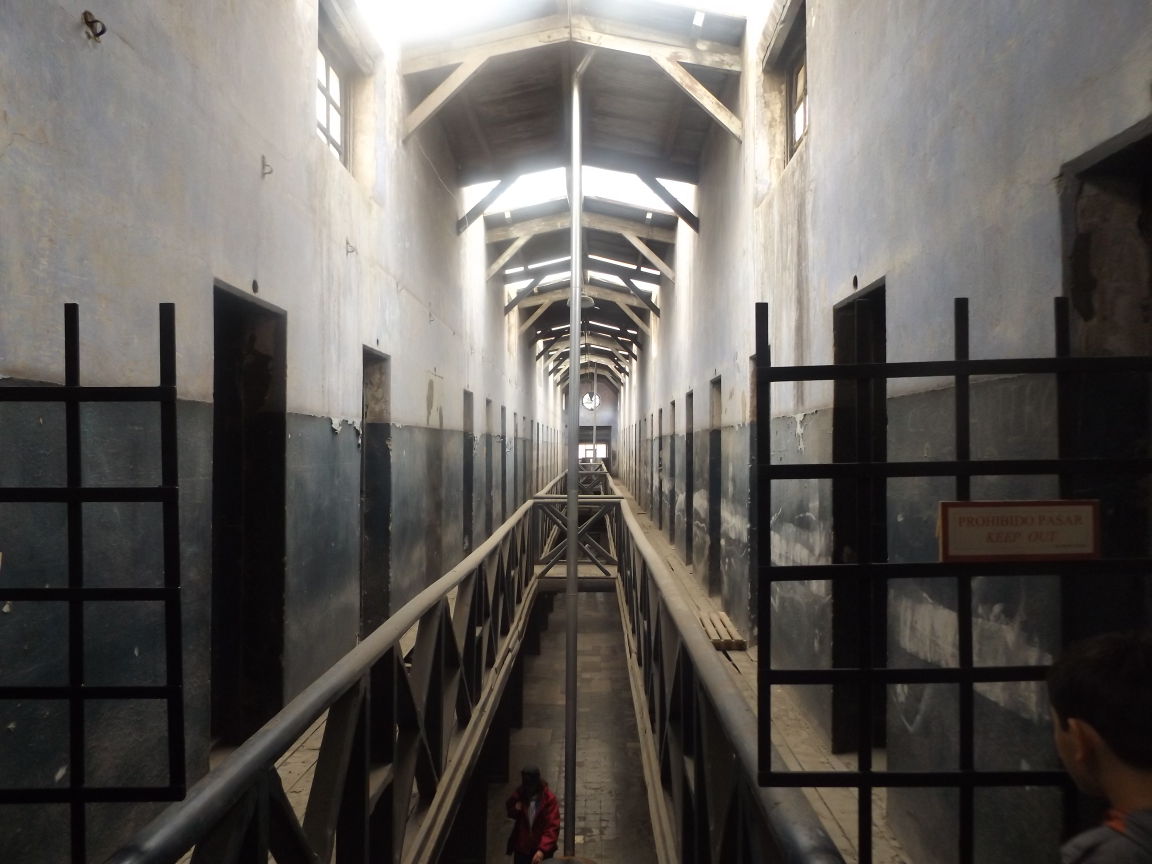 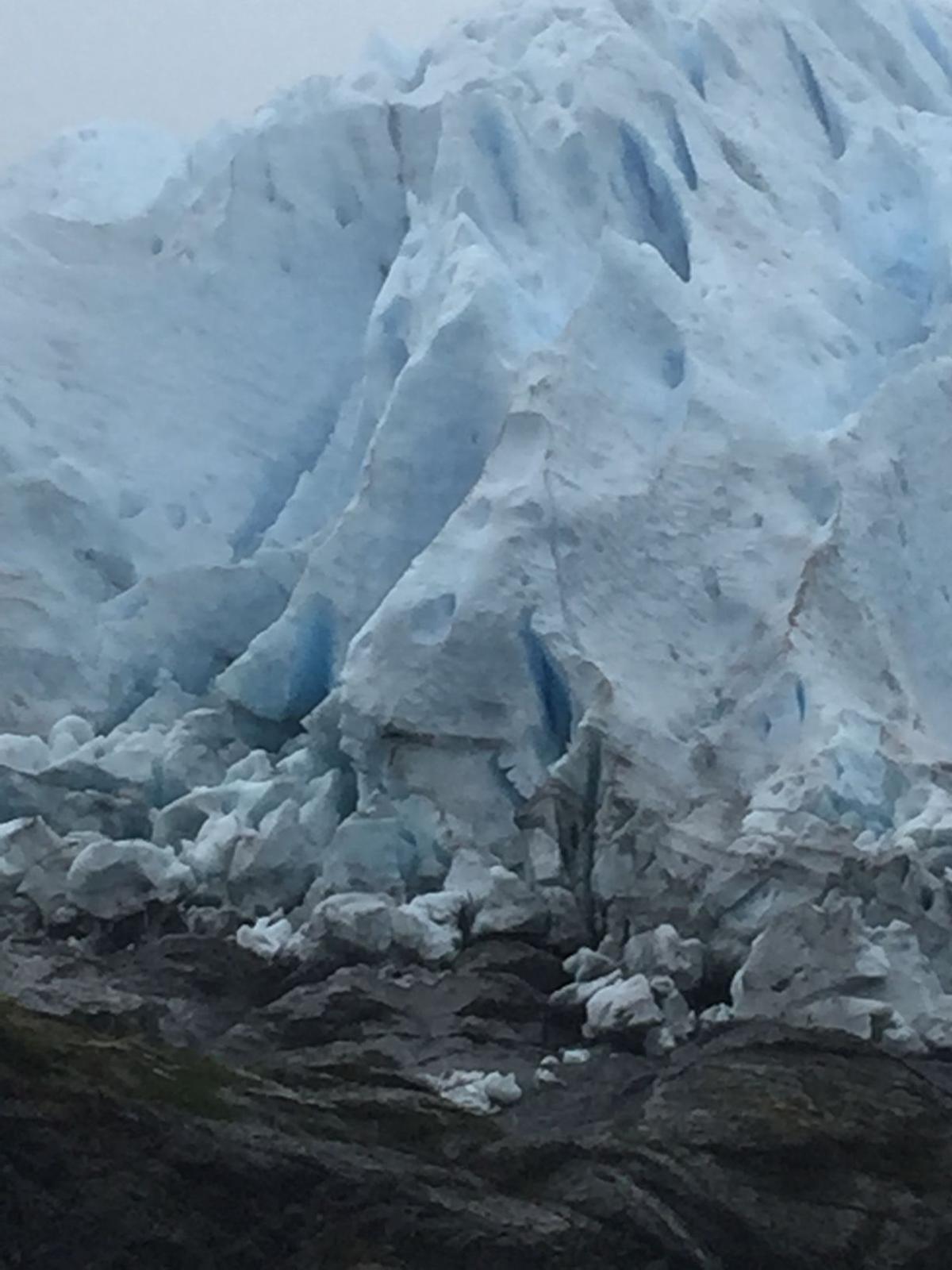 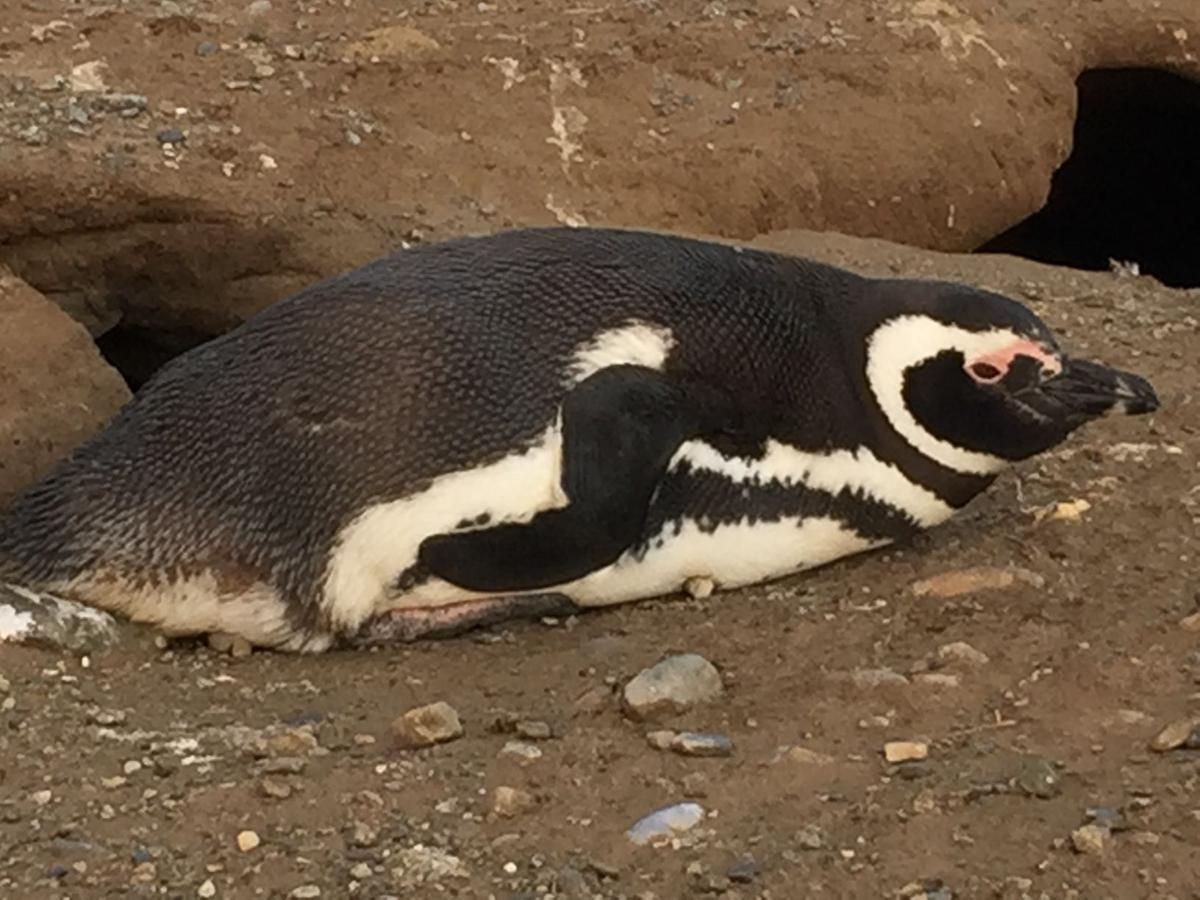 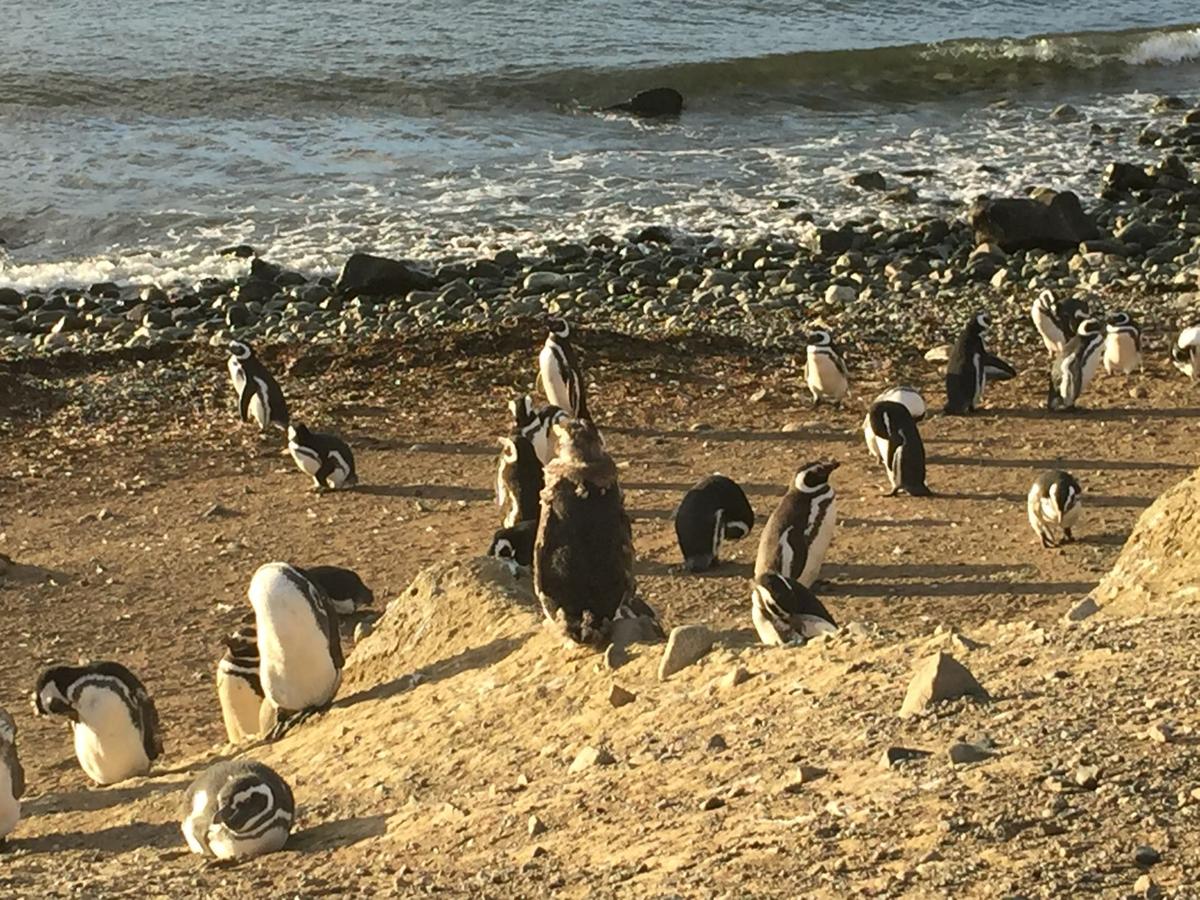 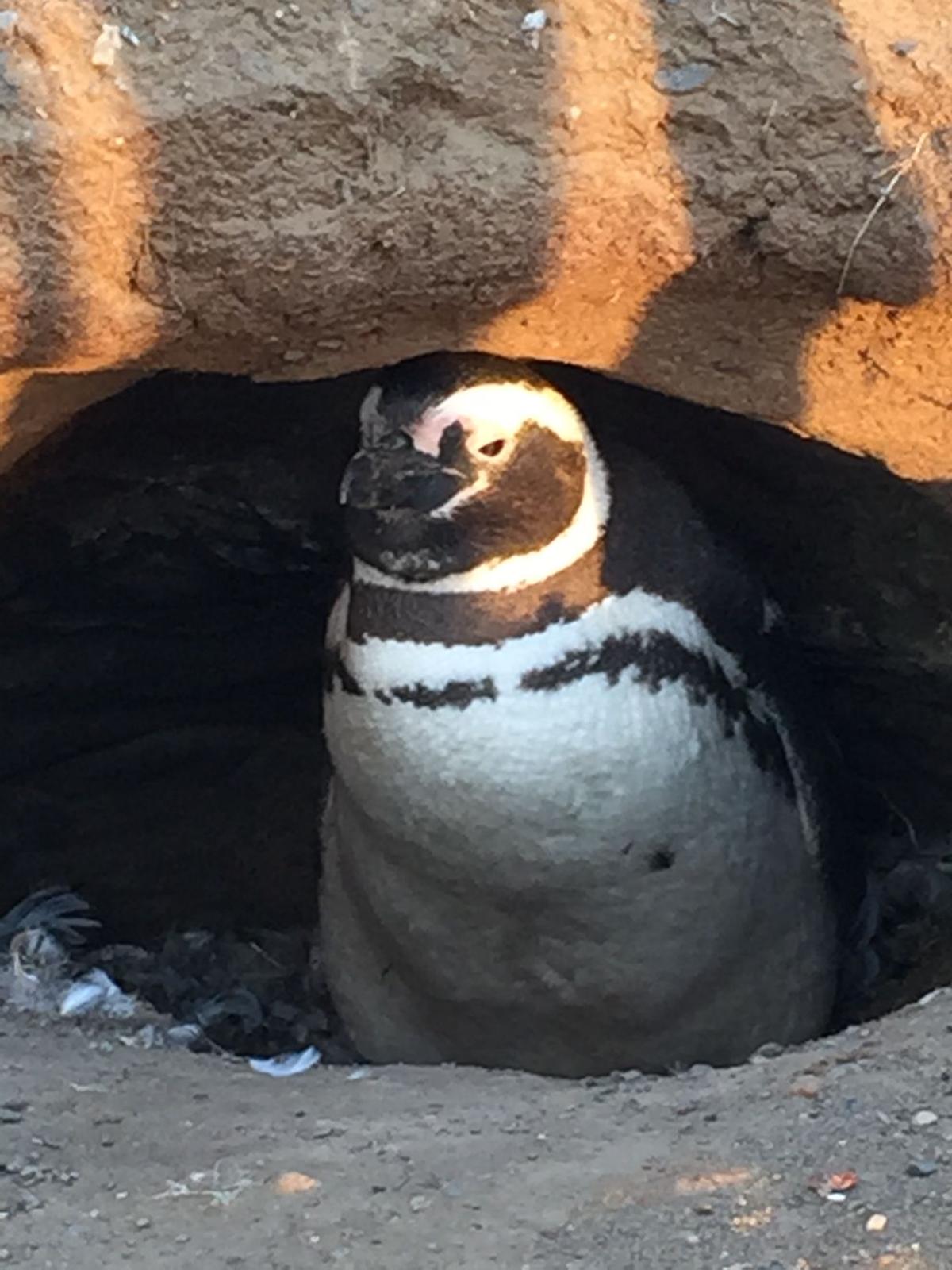 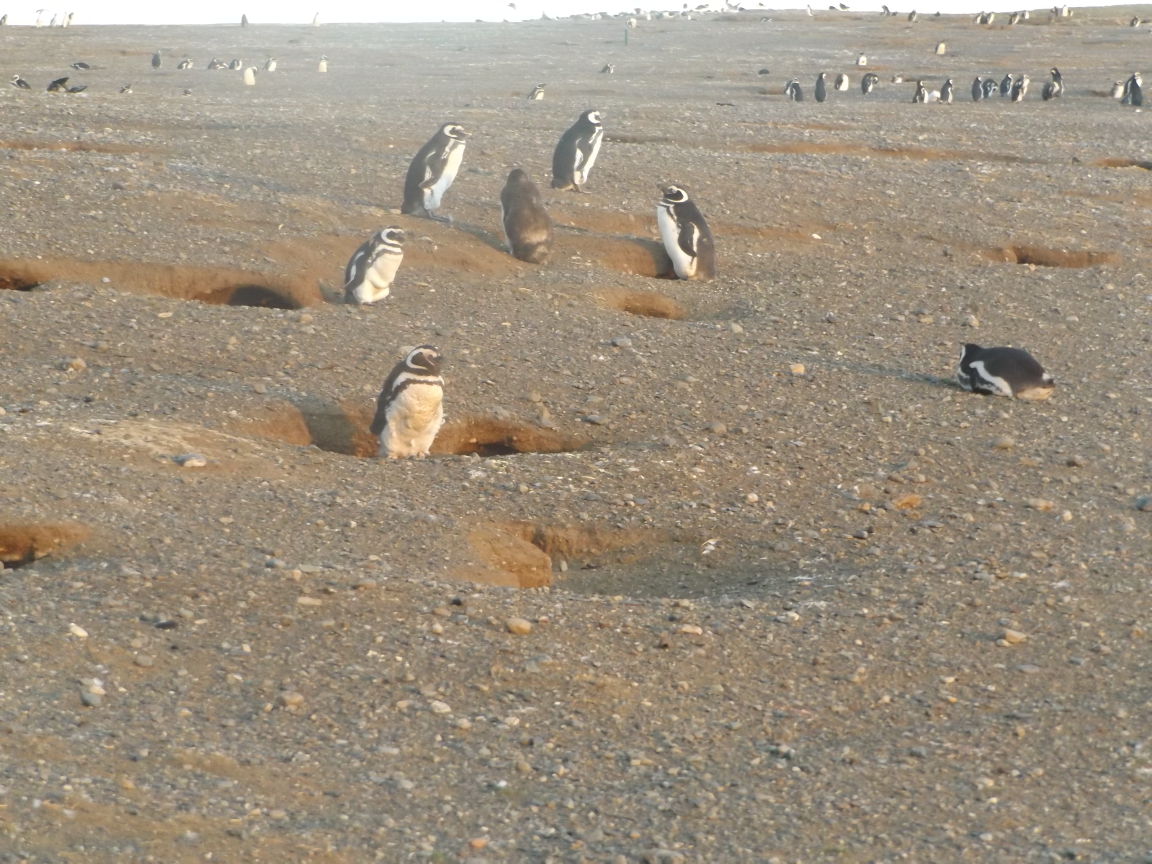 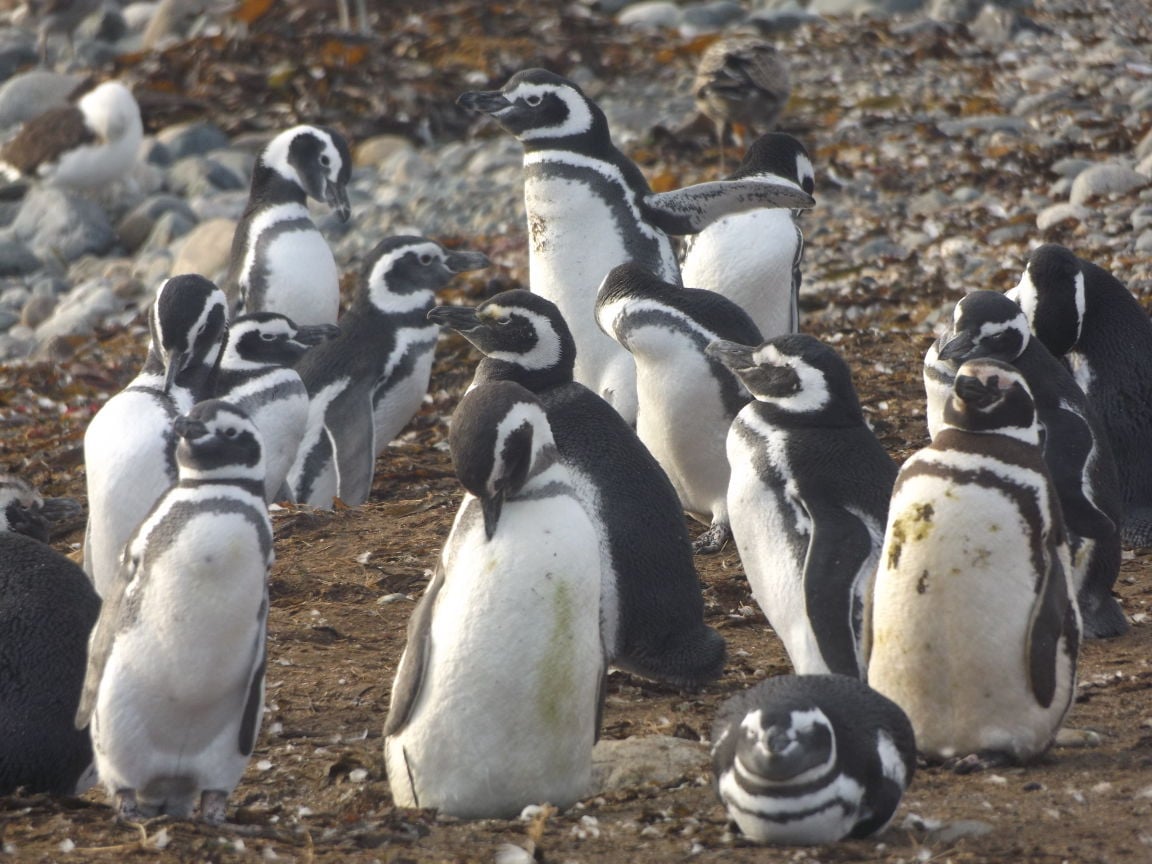 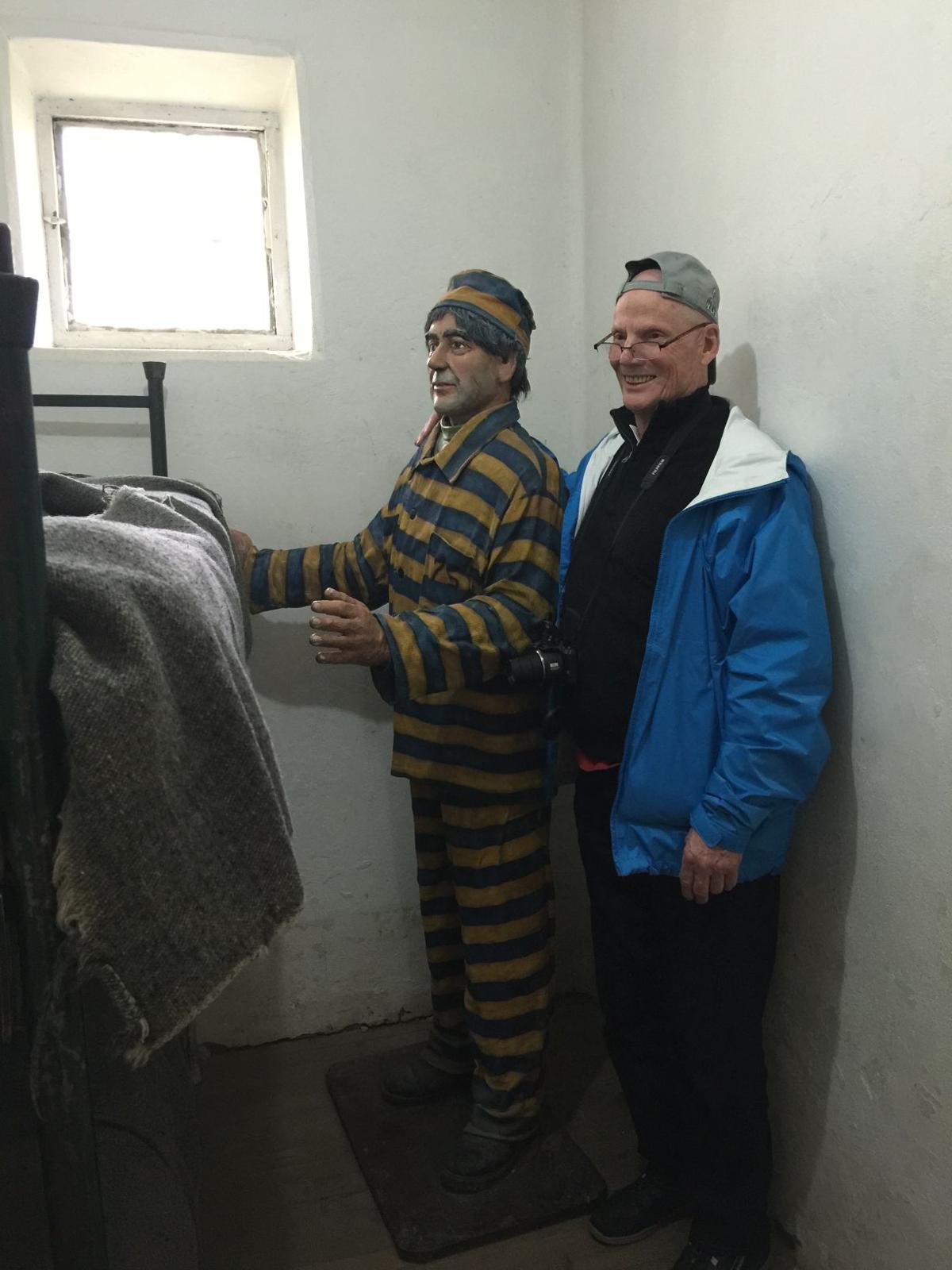 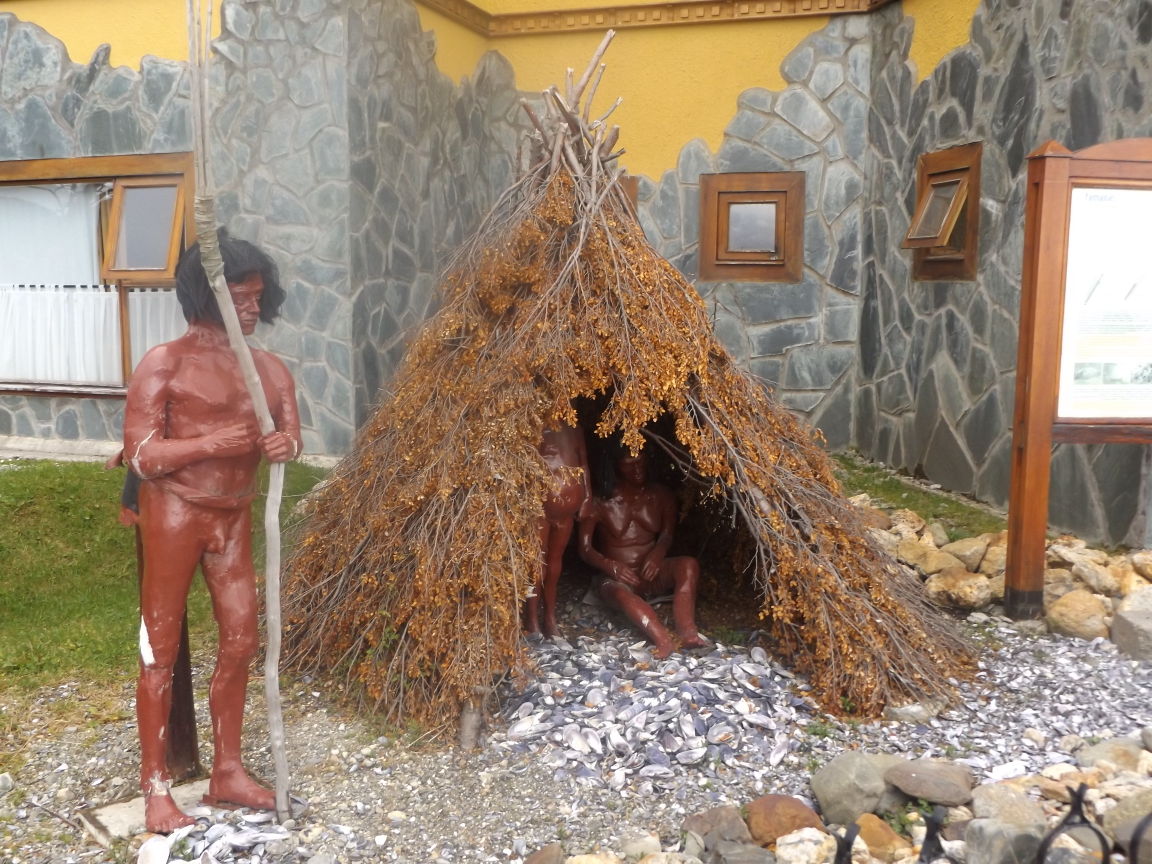 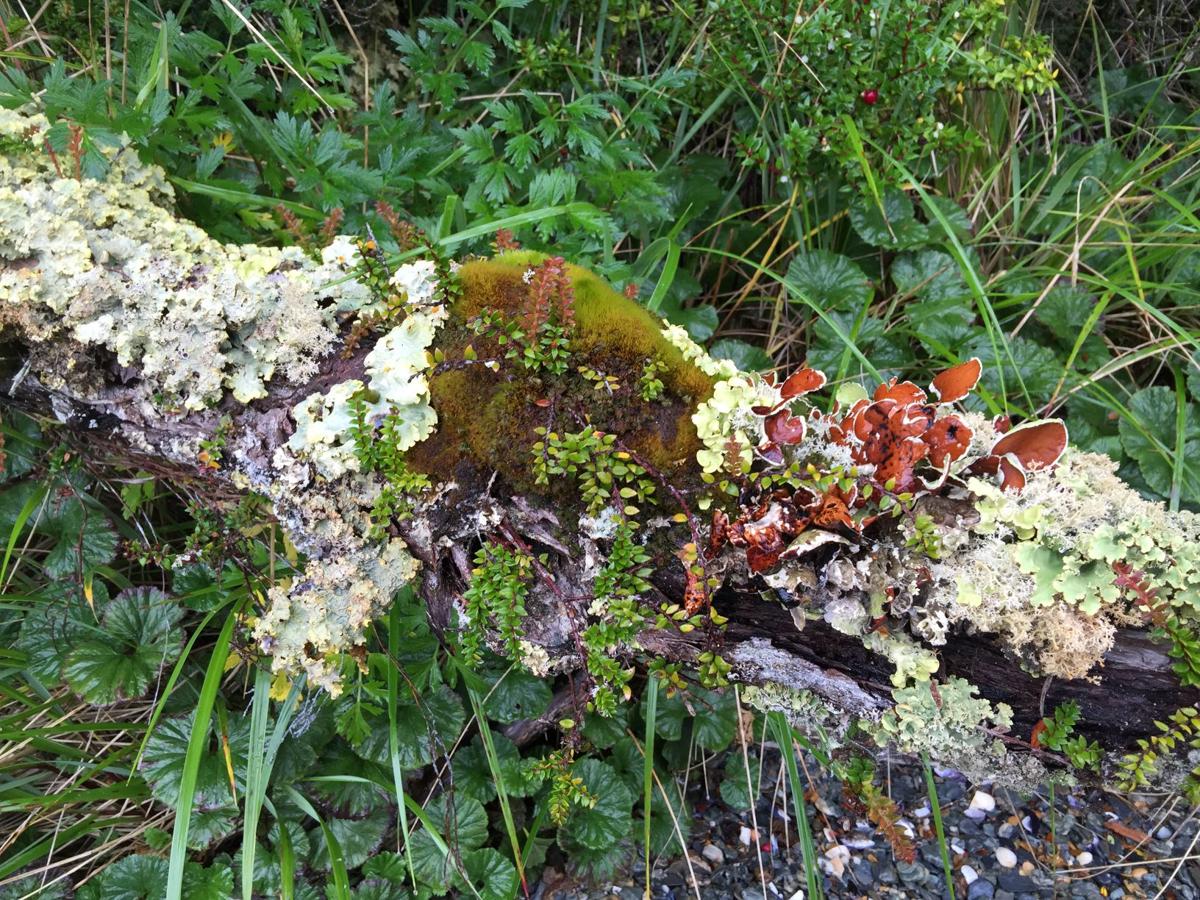 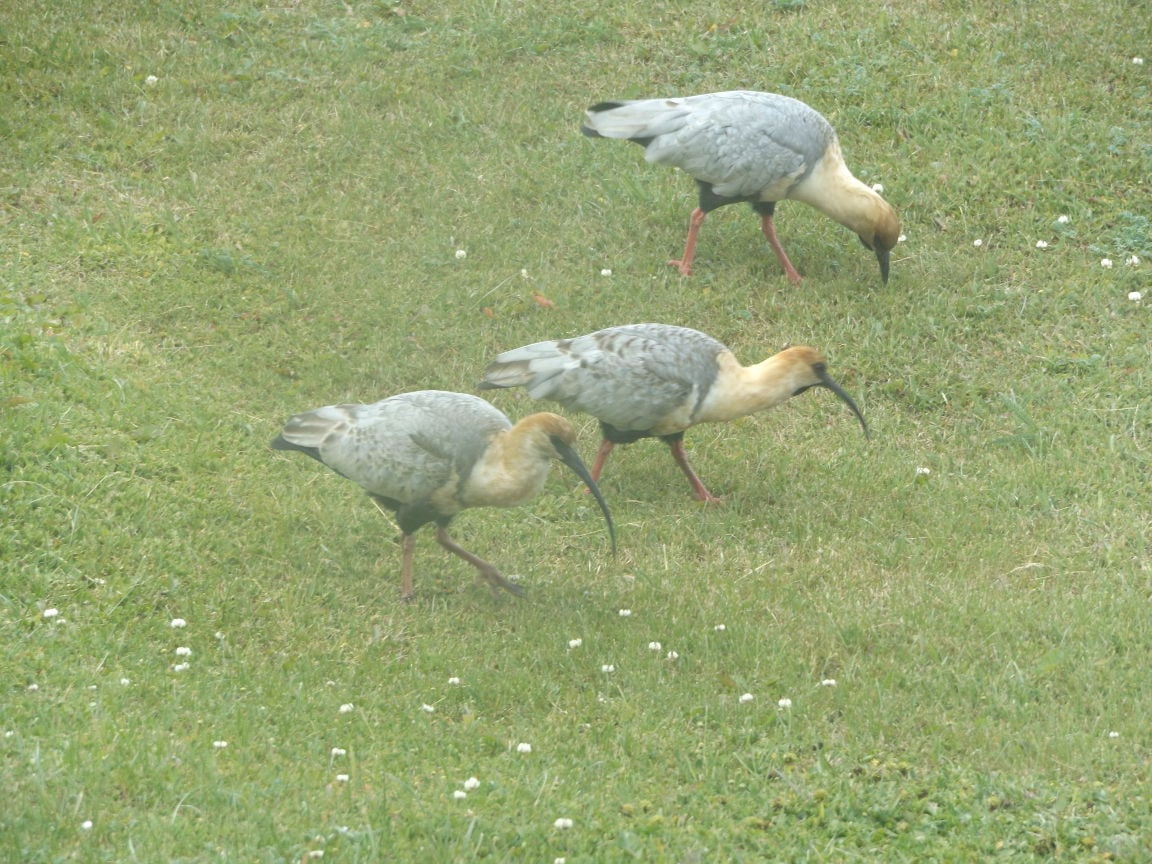 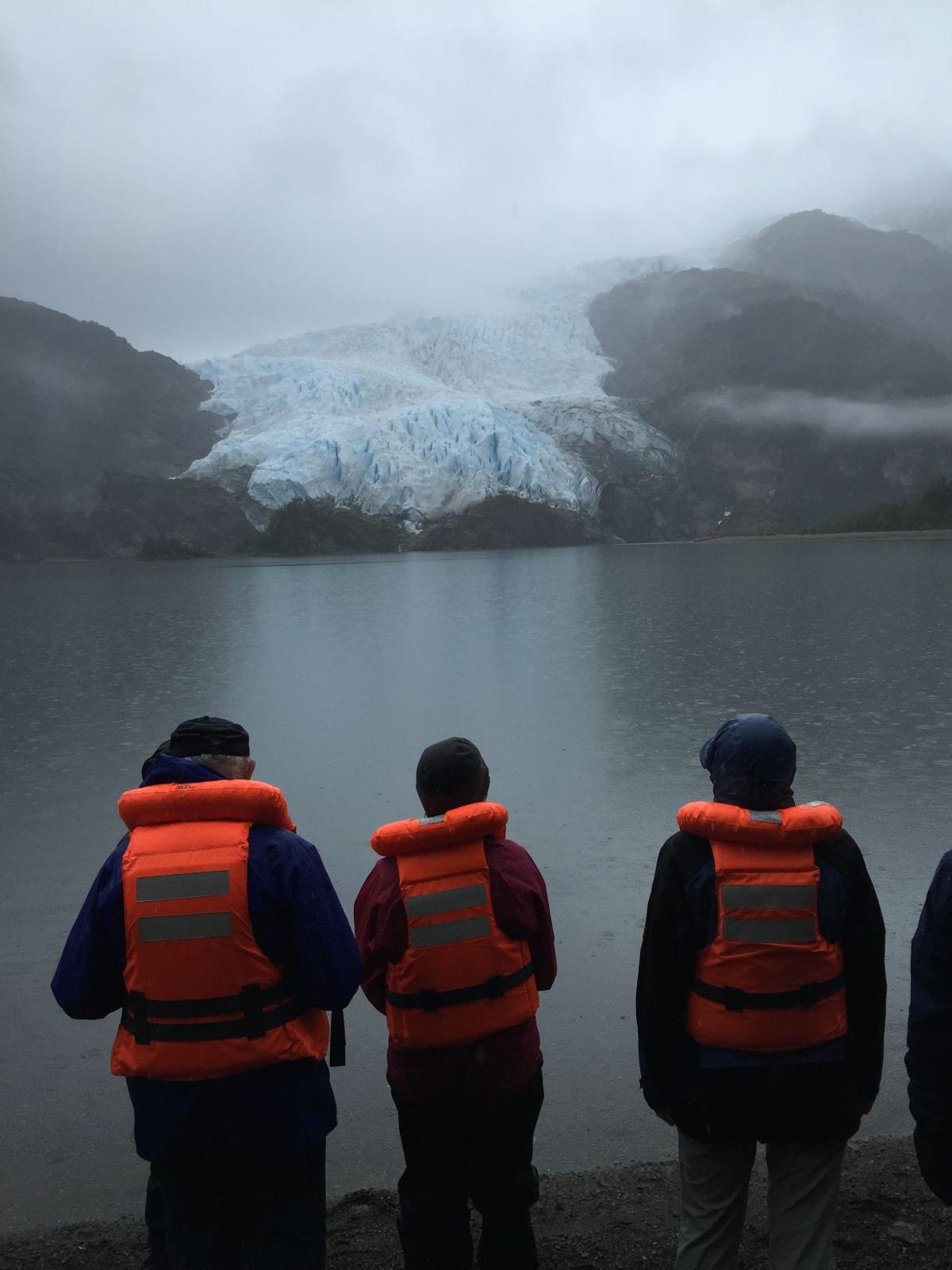 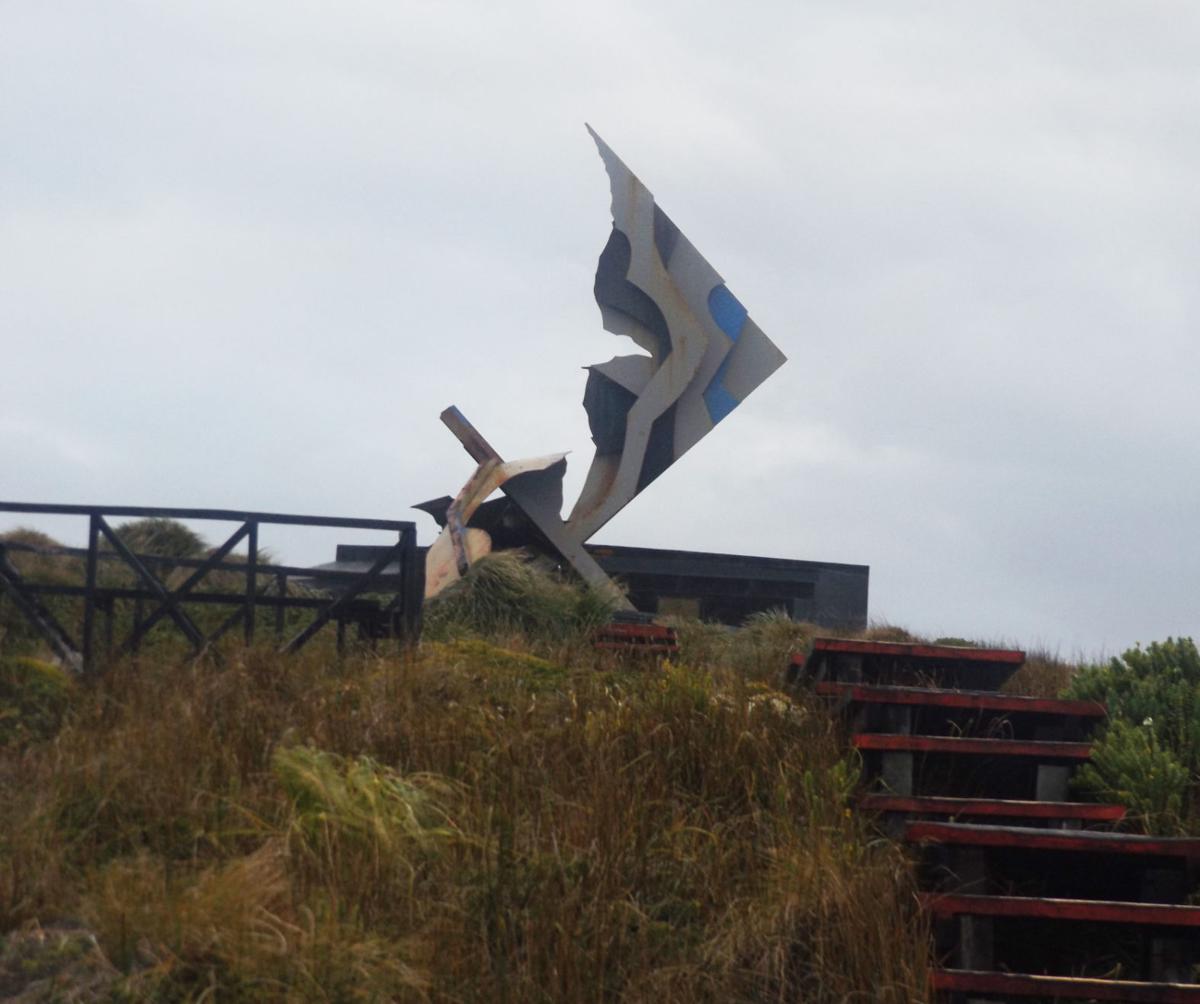 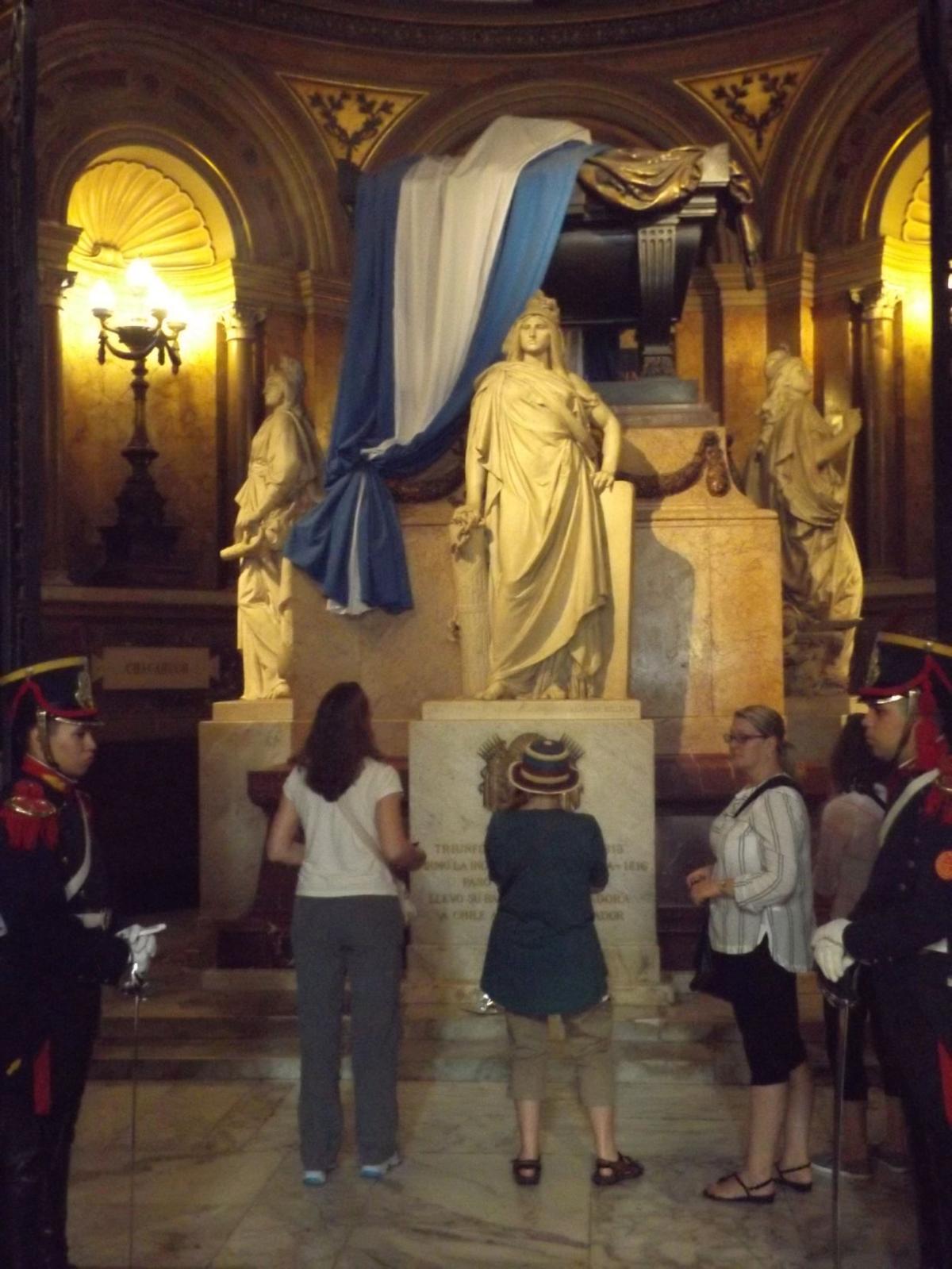 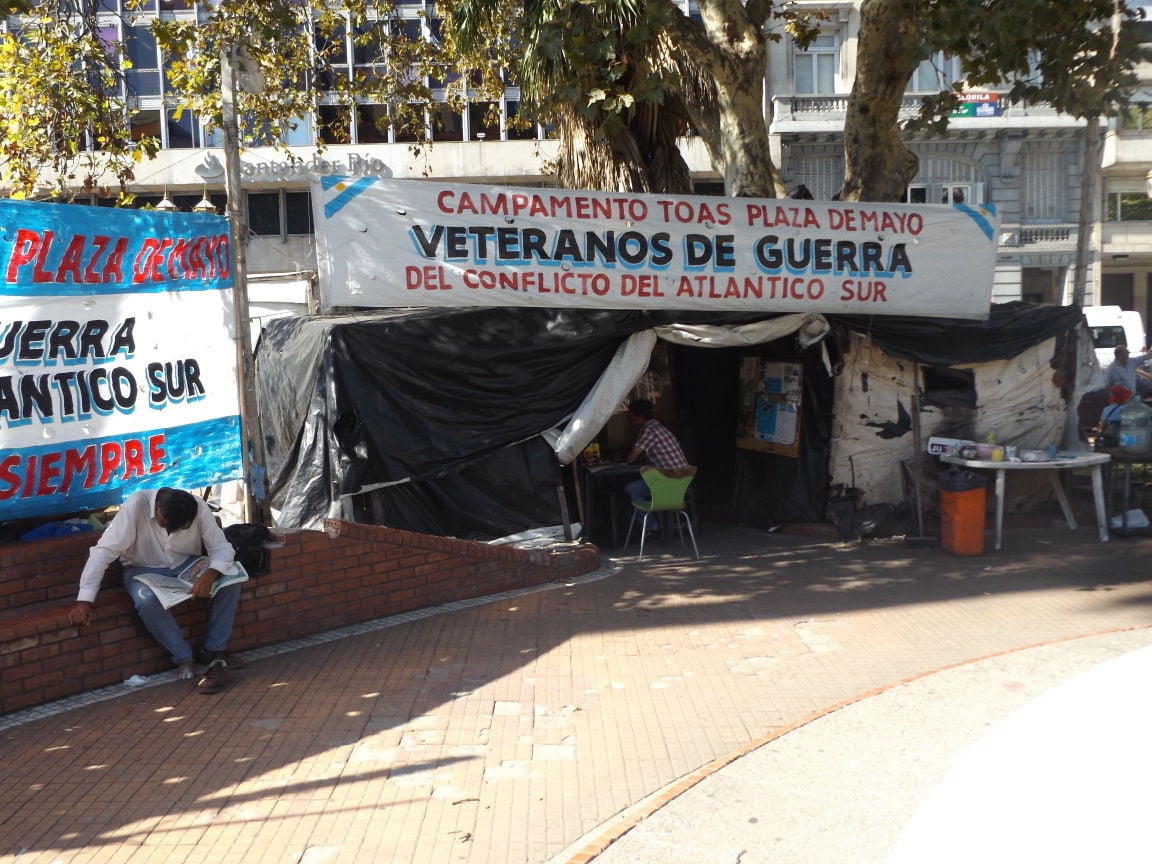 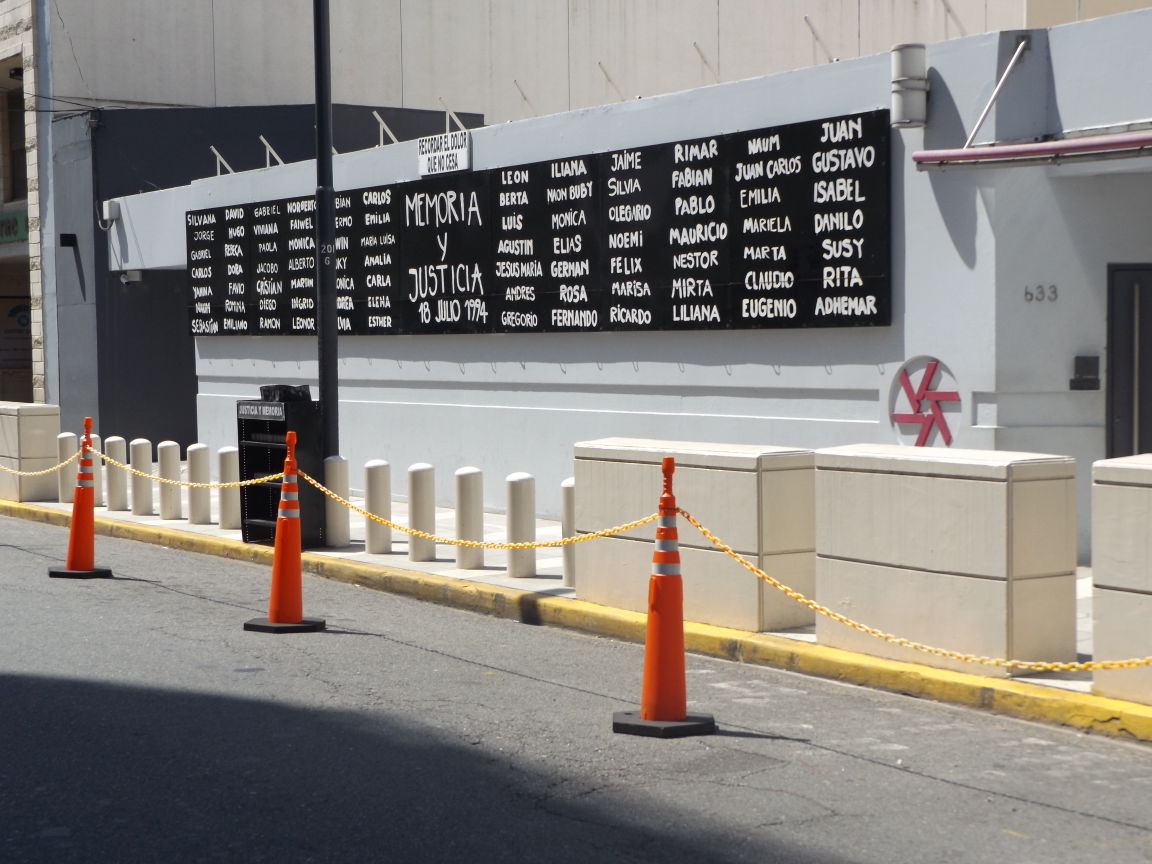 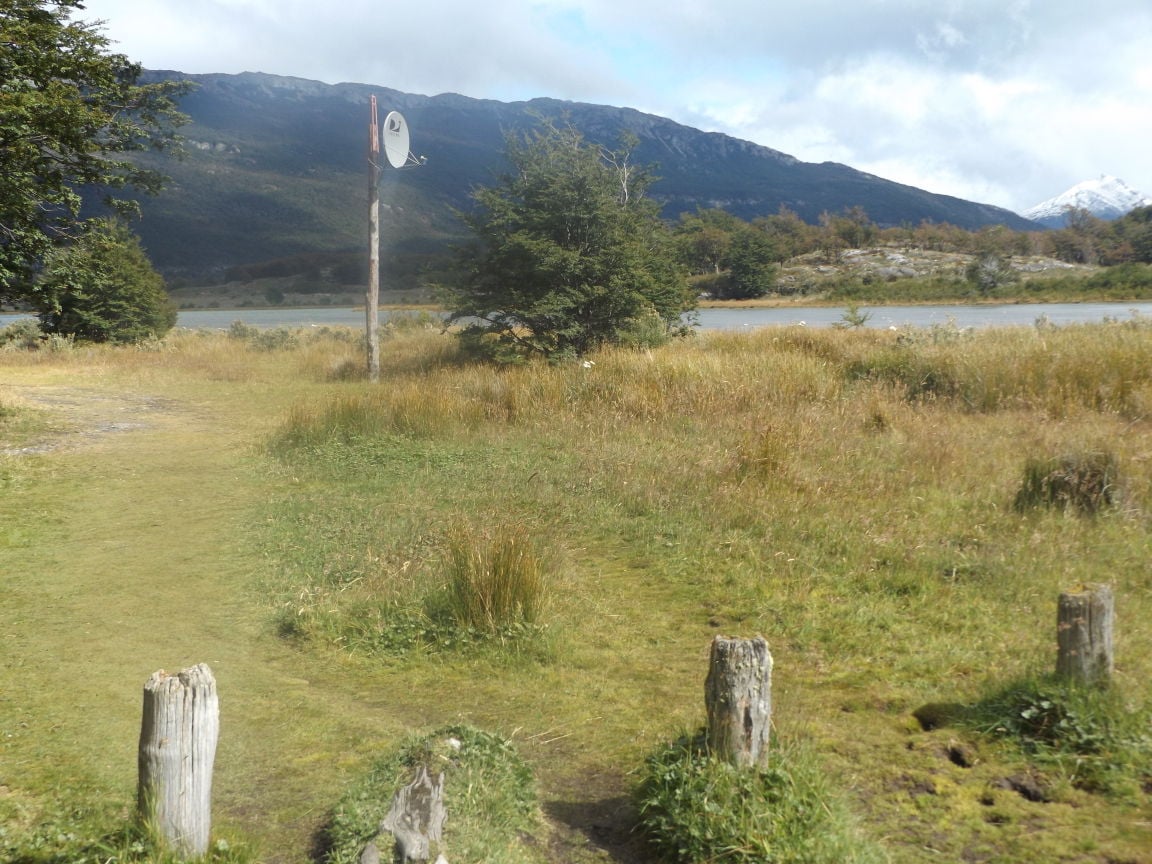 Perched atop Cape Horn Island, poking the salty air of earth’s edge, is the half silhouette of an albatross. Fierce winds toppled the other half of the 22-foot steel sculpture erected in 1992, sending it southward toward Antarctica.

Still, the purpose of the giant seabird -- a memorial to sailors who died attempting to round the horn -- is not lost on visitors to the famous peak. Surviving the climb up and down the 1,400-foot pathway, where gusts top 100 miles per hour, is sheer knowledge of the wild weather at the bottom of South America.

Or get blown into the 40-degree waters where the Pacific and Atlantic converge. Where Portuguese explorer Ferdinand Magellan endured violent storms in 1520 during the first circumnavigation of the globe. Where Charles Darwin analyzed the plant life, the animal life and the indigenous people. Where chaotic seas sank more than a thousand ships over 400 years.

It is March, the last days of summer in lower Patagonia, when our curious band of contemporary adventurers sails the uncertain seas aboard the Stella Australis and hikes the forests made famous by fearless pathfinders and buccaneers in search of trade routes and treasure.

What they also found were naked natives living in huts and fishing in bark canoes, surviving on giant crab, seal meat and sea bass. They protected themselves against the elements by slathering their bodies with seal oil. Once they began wearing clothes to conform with foreign custom, they were decimated by disease. Today, the Yamana Indians no longer exist.

There remains, however, the spirit of the lost Yamana. You see it in the hardy souls who occupy Argentina's southernmost city of Ushuaia and Chile's port city of Punta Arenas. Fishing remains a way of life, but ecotourism, sheep herding, and oil and gas exploration provide the economic fuel.

An effort to introduce the Canadian beaver to stimulate commercial fur trading failed miserably. The ecology of Patagonia is so different from Canada’s that the beavers of the Tierra del Fuego archipelago hardly grow fur and what little they do lacks the luster needed for coats, hats and hand muffs.

But they quickly populated the islands. Twenty-five pairs introduced in 1946 blossomed into more than 200,000 beavers, chewing up forests and damming streams and springs. Efforts to eradicate them proved fruitless.

"Any idea on how to get rid of these pests?" asks our guide.

One suggested solution: Put a bounty on them so trappers can trade hides for cash and trim the numbers.

"We tried that approach," replies the guide. "It didn't work. Locals were breeding them to get rich."

Clearly visible is the consequence of the eager beavers during a hike through the Alberto De Agostini National Park, named after a welcoming 19th century Catholic missionary. Tree stubs with sharp tooth marks and despoiled landscape interrupt what otherwise is a paradise of wiry plant species and conifers, beech and evergreens framed against the backdrop of the towering Andes.

Winter is over the horizon this time of year in the Southern Hemisphere. That's the season when nearly everything comes to a halt because of the cold and frequent snows. Skiing and sleigh rides replace sailing and hiking tours.

Winter tides can be difficult, admits the night manager of the cozy Los Yamanas Hotel overlooking Beagle Channel. The rest of the year is special. People from all over come here for adventure and for the amazing scenery. Both are plentiful.

A Zodiac trip to Magdalena Island at dawn reveals colonies of penguins strutting about with newborns, prepping for their winter migration north to warmer waters. They will return in the spring to mate again in underground burrows, male and female remaining monogamous throughout their lifetime. They separate each other from the look-alike throngs by the distinctive shriek of their mate's voice.

The white stomach adult Magellanic penguins are 2-to 3-feet tall -- and they bite if you agitate them. Two black bands between head and breast accent their features. They can live for 25 years, if the sea lions and elephant seals don't get them. Officially, they are classified as an endangered species. Witnessing their numbers, that seems unnecessary.

There's little doubt, however, why the scruffy landscape of Ushuaia and its mountainous background housed a penal colony for dreadful criminals and political saboteurs from 1902 to 1947.

Known then as Argentina's Siberia, the region’s main prison has been converted to a museum featuring life-size statuary of famous prisoners — such as Mateo "The Mystic" Banks. He shot dead his three brothers, a sister-in-law, two nieces and two ranch workers in 1922. The motive: money, of course. A gambler and investment guerrilla, he was deeply in debt and stood to inherit the family estate absent other heirs.

Banks insisted he was innocent, offering as evidence his superior education, spiritual connections and fervent daily prayers. Fellow prisoners considered him crazy, according to prison history. Surprisingly, he was freed on parole 20 years after his confinement, though he died shortly thereafter.

Compassion, it seems, is not a contemporary Argentine trait. Or so protested veterans of the 1982 Falklands War seen during a two-day stop in Buenos Aires prior to flying to Ushuaia. They encamp daily on the main Plaza de Mayo, petitioning the government for pension benefits for their service in the fateful invasion of the British islands off the east coast of lower Patagonia.

The war over the disputed islands, called the Malvinas by Argentines, lasted 10 weeks, ending with the invaders surrendering to the Brits. The veterans of the conflict contend Argentina’s political upheaval and economic turmoil that followed did not treat them kindly.

Paradoxically, the country’s foremost military hero, General Jose de San Martin, resides in saintly setting across the plaza, entombed in an ornate marble mausoleum in the Metropolitan Cathedral, where Pope Francis presided as cardinal and archbishop before his elevation to the Vatican. San Martin is considered the George Washington of Argentina, having freed it from Spanish rule in the early 19th century. Two armed guards stand stiffly in front of the 10-foot black sarcophagus holding his remains aloft.

There are no guards, only concrete barricades, in front of Buenos Aires’ AMIA Jewish community center, the site of the 1994 suicide van bombing that killed 85 and injured hundreds. The names of the dead are scribbled in white on a black panel across the front of the building. Visitor entry is by appointment only.

Strife over the terrorist attack still dominates the news. In January, the chief prosecutor of the most recent investigation, Alberto Nisman, died at his home of a gunshot to the head on the eve of his appearance before the Argentine Congress. He was to explain his report suggesting President Cristina Fernandez de Kircher’s involvement in covering up Iranian participation in the bombing. Kircher denounced the report and accused Nisman of attempting to destabilize the government in full-page newspaper ads.

The unanswered question: Did Nisman kill himself or was he murdered?

Fifteen-hundred miles south of Buenos Aires, in Patagonia's "Land of Fire,” local folk seemed to care little about national politics. They are survivalists who stand as the few thousand humans between earth and Antarctica 600 miles south. The only thing that appears to concern them is whether they are Argentine or Chilean citizens. Lower Patagonia is split nervously between the two countries.

Naturalist Darwin found the region and its ecology so fascinating he spent several months here in the early 19th century while circling the world, gathering data that informed his theory of evolution. A museum documenting his time in the region provides an entry to mountain hiking trails. The pathways are narrow and rocky, lined with hip-high ropes and handrails at the steepest points. Rain and chilly temperatures greet our group. The reward is the descent, celebrated with hot chocolate spiked with Scotch whiskey.

Darwin’s evidence included fossils of extinct sea and land mammals, and observations of the indigenous Fuegian Indians, and wild relatives of the llama known as guanacos. He sailed the strong winds and rough seas aboard the barque HMS Beagle. The history of the one-time British warship so impressed the Argentines they named a channel, a bay and a beer after it. The highest mountain in the range of snow-capped domes is known as Mount Darwin, with a 6,600-foot peak.

But the explorer Ferdinand Magellan gets most of the historic credit for opening the world's eyes to South America's southernmost swath. In the early 16th century, he became the first explorer to round Cape Horn and discover a key shipping route, the Strait of Magellan. It remained critical to sailors and cargo transport between Europe and the Far East until the Panama Canal created a shortcut in 1914.

As a first time visitor to Patagonia, you are swallowed by the details of the sea, the mountains, the islands, the ice and the morning mist. The journey mixes extreme natural beauty with culture and history. It is a place I’ve yearned to visit since first learning of it during grammar school geography.

The takeaway now that I've been there: Everyone should visit the end of the earth before leaving it.