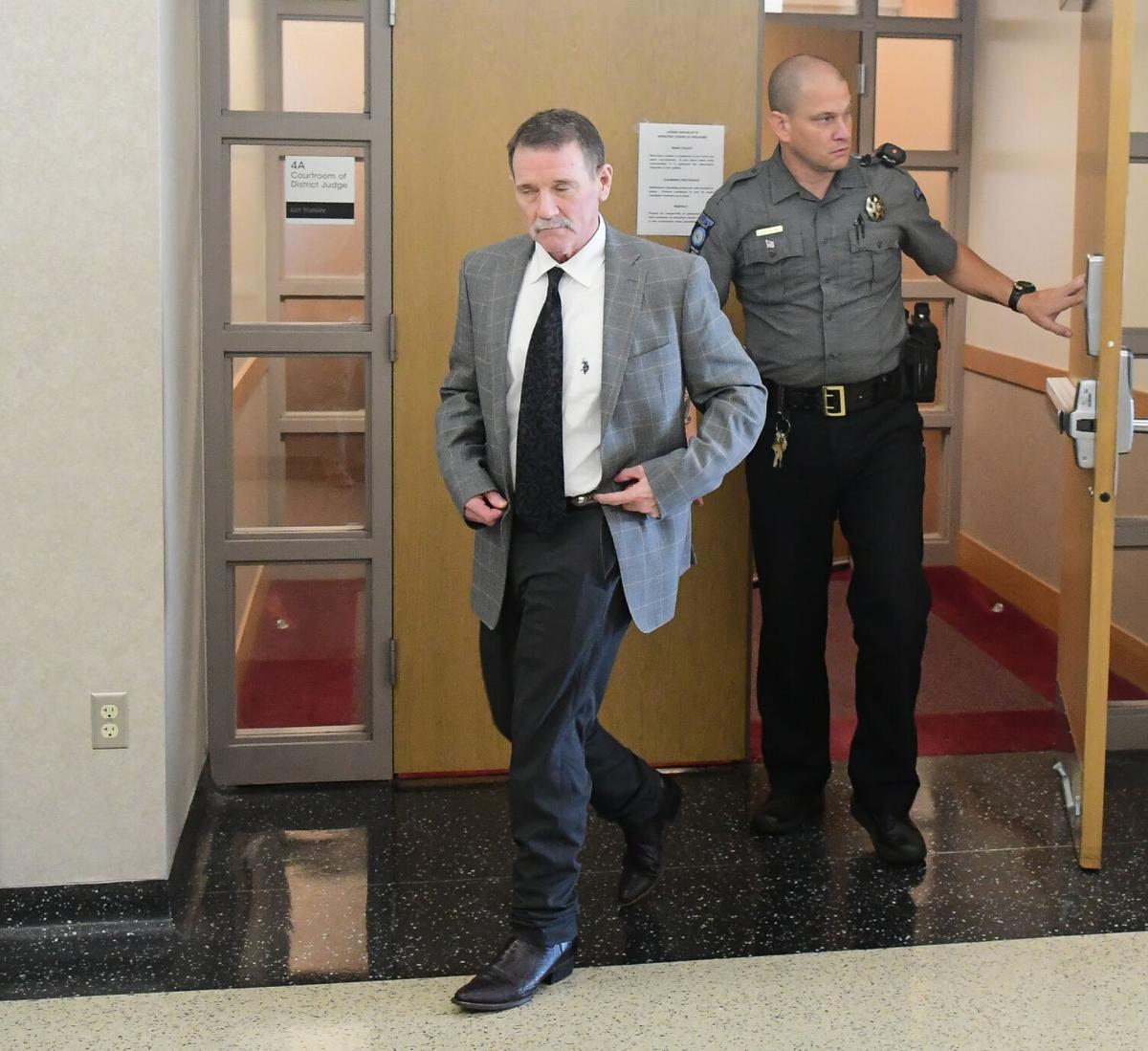 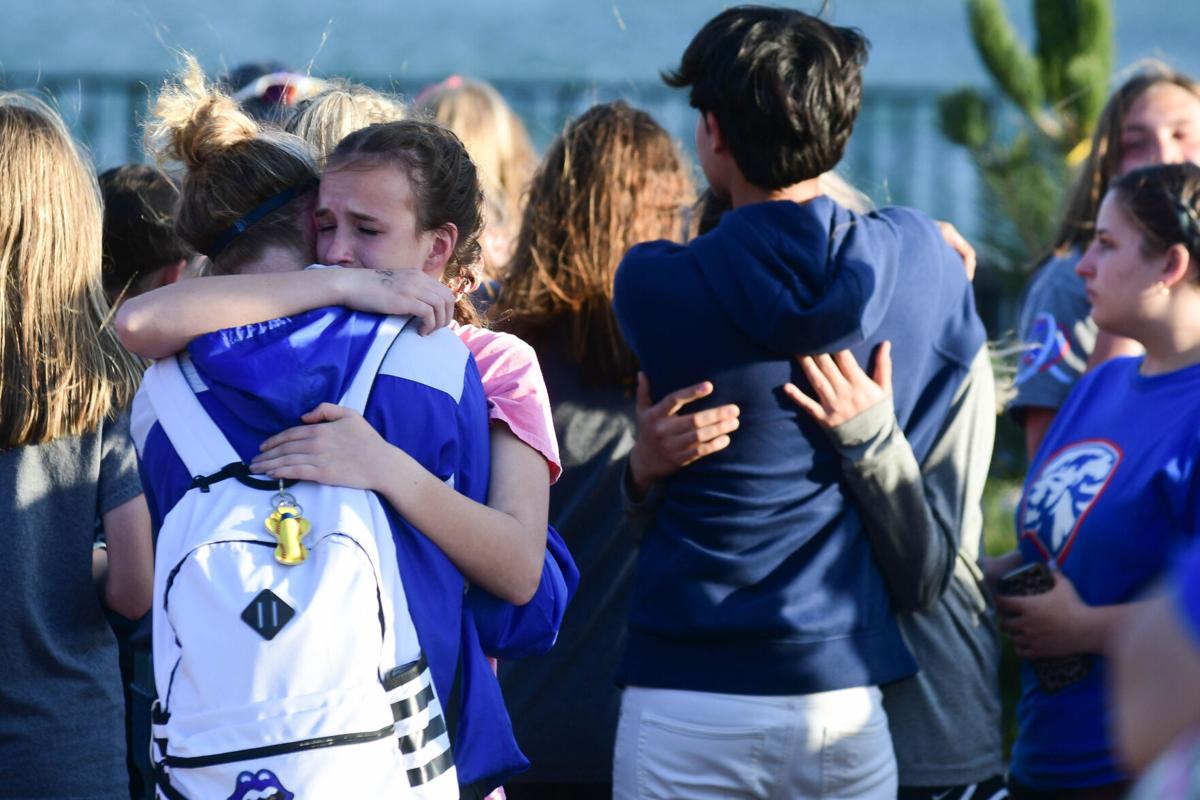 Moore High School students comfort each other March 11 during a dedication ceremony for Memorial Park at Moore High School. Max Townsend was found guilty of all counts, including second-degree murder, related to the hit-and-run that took the lives of three Moore High runners in 2020. 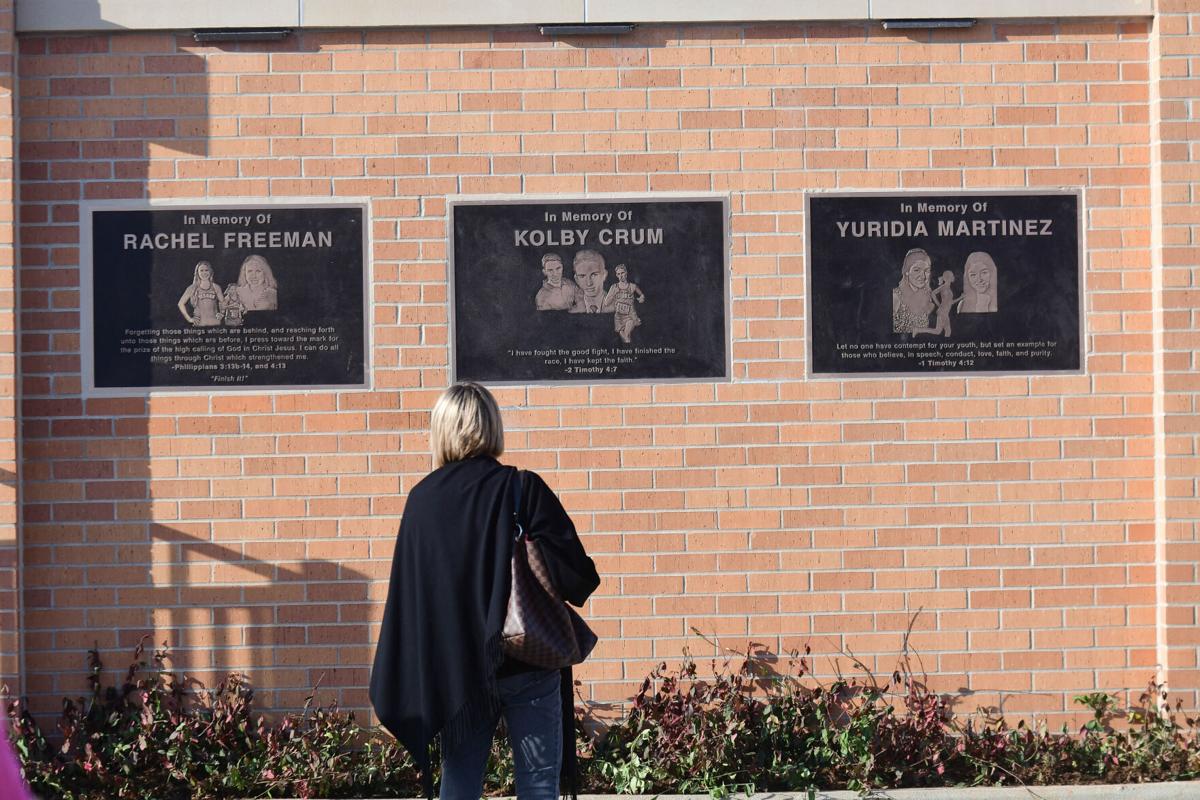 Visitors check out the memorial for Moore runners that were killed in a pedestrian auto wreck at Moore High School in 2020. 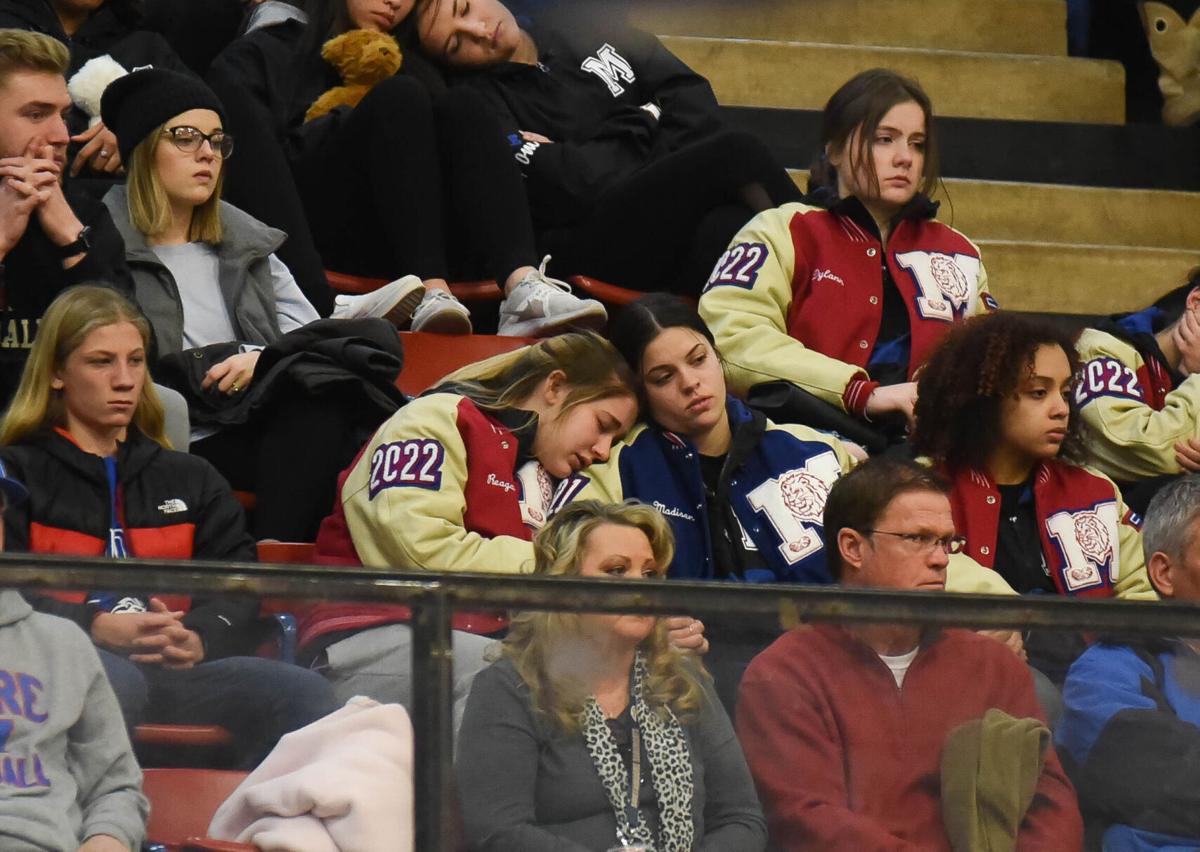 Moore High School students comfort each other March 11 during a dedication ceremony for Memorial Park at Moore High School. Max Townsend was found guilty of all counts, including second-degree murder, related to the hit-and-run that took the lives of three Moore High runners in 2020.

Visitors check out the memorial for Moore runners that were killed in a pedestrian auto wreck at Moore High School in 2020.

NORMAN — After the jury delivered a guilty verdict Friday in the Moore hit-and-run case, the mothers of the three students killed in the crash embraced in the halls of the Cleveland County Courthouse in a moment of solidarity.

“It has been a very long two weeks, and as I’ve said from the very beginning, God’s grace is amazing and is what has carried our family through,” said Jody Freeman, mother of Rachel Freeman, a Moore High School senior killed in the hit-and-run. “We are very glad that this is finished.”

This verdict was what the families hoped for after nearly two weeks of trial and more than a year grieving the loss of their children.

“I feel a huge weight lifted off my shoulders,” said Tansey Hellbusch, mother of Kolby Crum. “I’m still sad I don’t have my son, but this is such a relief that we can close this chapter and we can continue to remember our son and not have to think about this now we can put this behind us and so it’s a huge burden off our shoulders.”

The families stayed in the courtroom the entirety of the trial, never leaving regardless of the severity or graphic detail of the evidence. The state showed graphic video of the aftermath of the crash.

With tears in her eyes, Yuridia Martinez’s mother Erika Martinez expressed how grateful she was for a guilty verdict for the man who killed her daughter.

“I’m happy that this is over and that justice has been served,” she said. “It’s so hard to explain what I’m feeling right now. I miss her and I’m glad this [trial] is over. All this anxiety that we’ve been having up to this day I think is going to be over.

“Now we just have to learn how to live without our children and to live with the pain of missing them.”

The mothers described their kids as loving, thoughtful, caring and devoted.

Cleveland County District Attorney Greg Mashburn said Townsend deserves every day of the sentence he was given, and that justice was truly served on Friday night.

“We’re just grateful for the jurors who came in and gave their time and attention to this case,” Mashburn said. “It was hard evidence for them to have to listen to over the last two weeks. As a parent myself, just knowing the heaviness and what they were having to watch and see, especially for people who don’t see this all the time, I just appreciate them devoting their time and attention and delivering a true and just verdict in this case.”

Mashburn said through the entirety of the trial, Townsend never showed any emotion. Through survivor, family and witness testimony — even as witnesses like survivor Joseph White looked directly at him while delivering testimony — he kept an emotionless stare on his face the entire time.

Townsend’s defense attorney Kevin Butler offered his condolences to the families, and said it was a tragic case in which he respects the jury’s decision.

“I want to say on behalf of our team as well as Mr. Townsend: our hearts go out to these families,” he said. “This was a horrible tragedy. We truly feel for these families and we hope that there’s some healing that can begin now.”

Butler did not say whether or not his team plans to appeal the decision.

Reese Gorman covers COVID-19, local politics and elections for The Transcript. Reach him at rgorman@normantranscript.com or @reeseg_3.