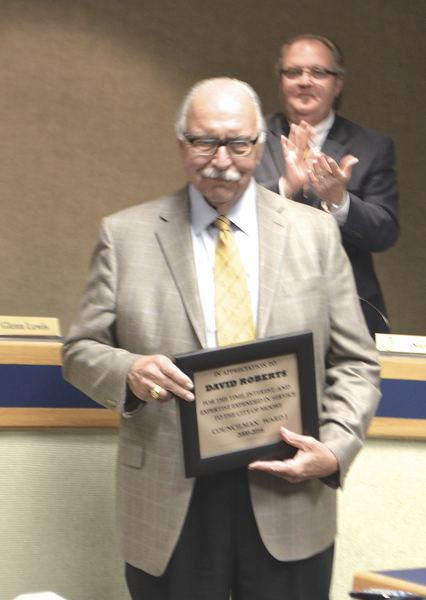 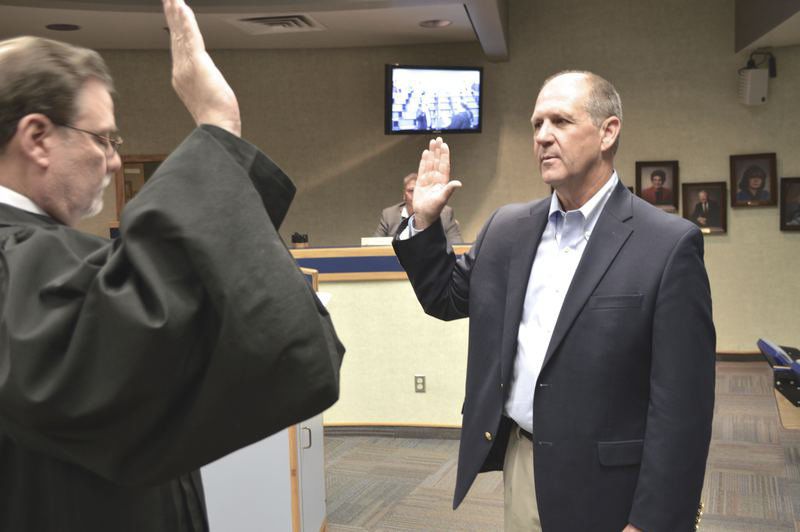 Mayor Glenn Lewis declared May 15-21 as Police Week in Moore at Monday’s city council meeting. Officer David Dickinson of the Community Service Unit of the Moore Police Department said there are several events scheduled for the week. Highlights include a chili cook-off, a memorial service and bicycle ride.

Dickinson said there have been 17 police deaths by gunshot nationally this year — an increase of 113 percent above the eight officers shot and killed last year. Overall, deaths are up 3 percent this year, he said.

In 1962, President Kennedy proclaimed May 15 as National Peace Officers Memorial Day and the calendar week in which May 15 falls, as National Police Week, according to the National Law Enforcement Memorial Fund. Police Week pays special recognition to those law enforcement officers who have lost their lives in the line of duty.

On Monday, May 16, Moore will lower it’s flags to half-staff for the duration of the week in recognition of fallen police officers, Dickinson said. That same day, there will be a chili cook-off at the library from 11 a.m. until 1 p.m. Local celebrities, including University of Oklahoma women’s basketball coach Sherri Coale, will judge the chili contest. Chili can be purchased for $5 per bowl.

Donations from the chili cook-off will be given to the Oklahoma Law Enforcement Memorial.

A memorial service at 4 p.m. on May 19 at the Moore Police Department, at the corner of Main Street and Broadway Avenue (117 East Main St.) will remember Moore’s fallen officer Danny R. Vanderpool who died in 1979, along with those who’ve been lost across the nation.

On Friday May 20, Moore will host the “Police Unity Tour,” a bike ride to the Law Enforcement Memorial on the west grounds of the Department of Public Safety Headquarters at 3600 Martin Luther King Avenue in Oklahoma City.

Moore officers on bicycles will be joined by officers from Norman, Tulsa, Broken Arrow, and Oklahoma City to raise awareness and funds for the Oklahoma memorial. Supporters can donate at GoFundMe.com/y3ndve5w.

The names span more than a century with Cherokee Lighthorse Lieutenant John M. Brown, who was killed December 28, 1845, the earliest known line-of-duty death in Oklahoma. Plans for improvements and maintenance are in the works including a plan to add the fallen K-9 partners to a special marker on the memorial grounds.

In other city business, the council accepted a donations of three shade structures at a value of $12,380 for the new Happy Tails Dog Park in Buck Thomas Park by Raising Canes.

“Partnerships are vital to our city parks,” said Assistant City Manager Todd Jenson. “It is nearing completion. There’s still some work left to do, we’re hoping to open it this spring.”

The two acre dog park will have two areas, one for small dogs and another for large dogs.

Jenson also gave an update on the remodeling of Fairmoore Park, a project funded by the parks sales tax. Jenson said Cleveland County crews did the demolition of the old park, saving the city between $50,000 and $75,000. A new playground, splash pad and walking trails is being constructed.

“It’s going to be a major project,” Jenson said.

• Approved Final Plat for VRE Moore Goodwill on 1.86 acres on SE 4th Street west of Eastern Avenue. The property was zoned C-3/PU General Commercial with a Permissive Use for mini- storage facility in 2011, but the property has remained vacant. The Goodwill retail store, is an allowable use under the C-3 zoning.

• Approved zoning change from R-1/Single Family Residential to C-3-General Commercial for one acre north of NW 27th Street between N. Shields Boulevard and I-35. The applicant is proposing to rezone the property to C-3 General Commercial to market for sale. The existing house structure will be removed prior to commercial redevelopment.