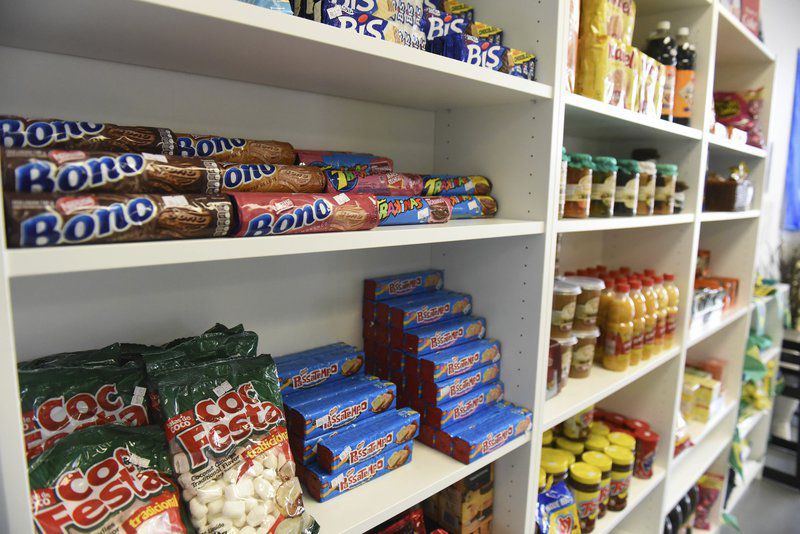 Imported cookies, candy and other goods line the shelves at Moore de Brasil, a new business on S. Broadway in Moore. 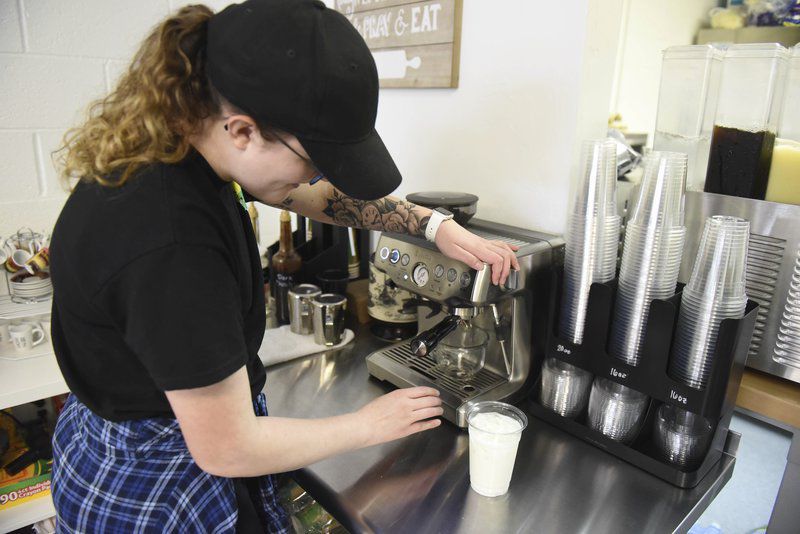 Imported cookies, candy and other goods line the shelves at Moore de Brasil, a new business on S. Broadway in Moore.

It’s been open less than two months, but a brand new business featuring the exotic tastes of Brazil is already a huge hit with customers in the local Brazilian and mainstream communities. Clients across Oklahoma and beyond also are embracing the Moore de Brasil Café and Supermarket, which is the only establishment of its kind in the state.

Located at 231 S. Broadway, it offers a wide variety of dishes, snacks, spices and other products that capture the flavors of South America’s largest country. It’s a labor of love for co-owners Cindy Combs and Julia de Aquino. The mother-daughter team drew inspiration from their personal history as the daughter and granddaughter of Christian missionaries who served 45 years in Brazil.

The family — including Cindy’s sons Jonathan and David — returned to the United States 16 years ago and settled in Moore, since it was the hometown of Cindy’s mother, Shirley Combs. Jonathan also is involved with the business, along with other family and friends.

Combs is the resident cook at Moore de Brasil, while de Aquino, a recent graduate of Randall University, handles the business side. All food items are made fresh every day, using Brazilian spices, flour and other ingredients.

“The Brazilians like to cook with onions and garlic. It’s not hot spicy, but it has a lot of flavor,” Combs said. “I’ve always loved to cook, and I’ve always been proud of my culture. It’s very Brazilian for everything to revolve around food.”

One of the café’s signature dishes is coxinha, which is deep-fried potato dough filled with shredded chicken. Another is paõ de queijo, a traditional Brazilian cheese bread that’s a huge hit with customers. Due to the type of flour used, the bread is gluten free, which adds to its appeal, Combs said.

The café offers a very wide variety of Brazilian coffees, plus juices made daily from imported pulps. Perhaps the most popular, though, are the authentic rich desserts ranging from chocolate-based paõ de mel to coconut beijinho cups to fruit bowls with sweetened toppings and more.

Diners who are less adventurous can order mini pizzas, traditional American sandwiches and hot dogs. All items are modestly priced.

The supermarket section of Moore de Brasil features snack foods, sodas, seasonings, flours and frozen items, all of which are directly imported. Some customers come solely for one item, Guarana, which is the most popular type of soda in the country.

The market even stocks quail eggs, another hard-to-find Brazilian delicacy.

There’s a section offering Brazil jerseys, hats and flags. A small lounge area contains a television and a children’s play area. Free WiFi is available, and customers are encouraged to relax and hang out.

The response to Moore de Brasil has been immediate and positive.

“We’ve literally had people coming in and saying ‘Give me one of everything; I want to try everything,’” de Aquino said.

The local Brazilian community is fairly large, due to the multiple universities across central Oklahoma, and it has welcomed Moore de Brasil with open arms, she said. Many customers make the drive from Tulsa, Shawnee, Lawton and other far-flung Oklahoma towns to stock up on favorites from their home country.

The business even fulfilled a recent order from a customer in Hawaii, who heard about their establishment through a local client.

Combs said she believes strongly in supporting local businesses, and plans are for the restaurant to host ongoing special events. The first will be Saturday, Aug. 4, featuring live Brazilian music from 6 to 7 p.m. Within the next several months, the café will be available to rent for private parties.

Moore de Brasil is open Tuesday through Friday, 11 a.m. to 8 p.m., and Saturday from 10 a.m. to 10 p.m. More information is available on the business’ Facebook page, or by calling 405-482-1000. Daily and weekly specials are frequently posted on Facebook and the café’s Instagram account, mooredebrasil.