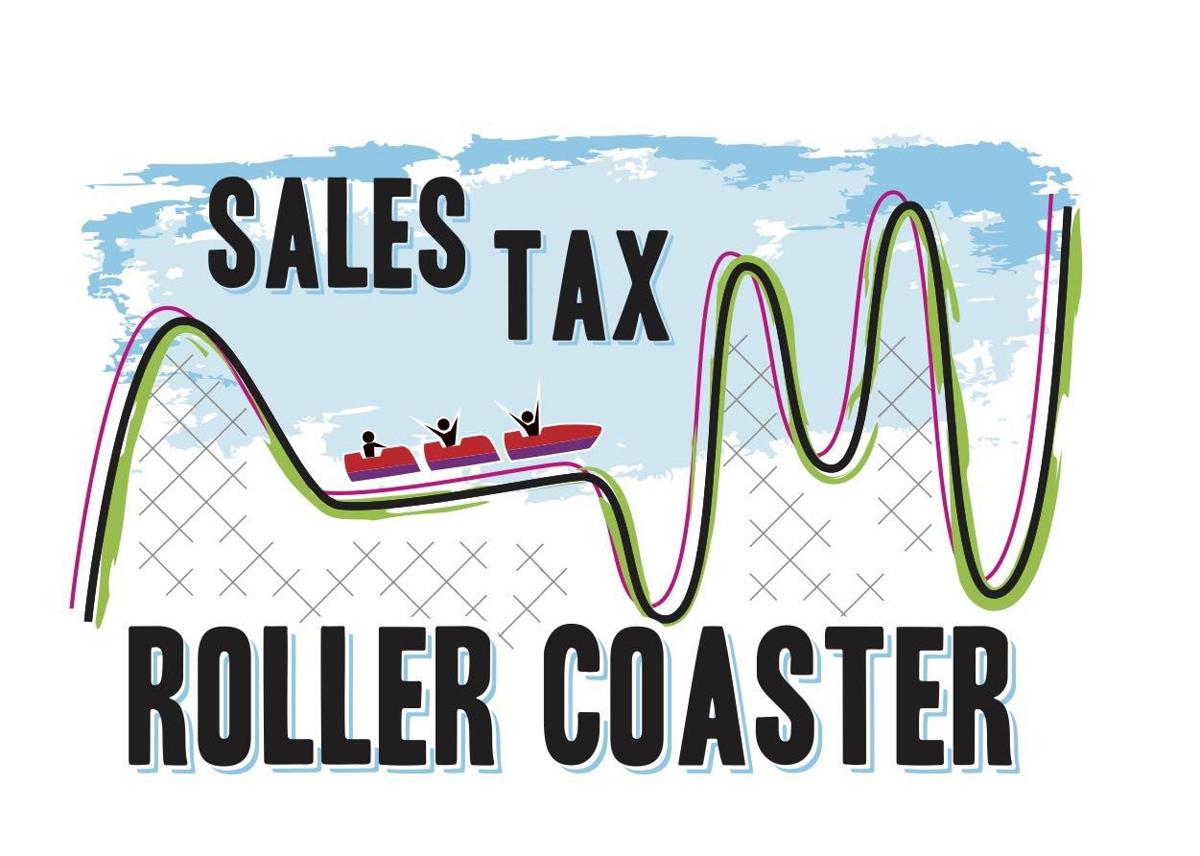 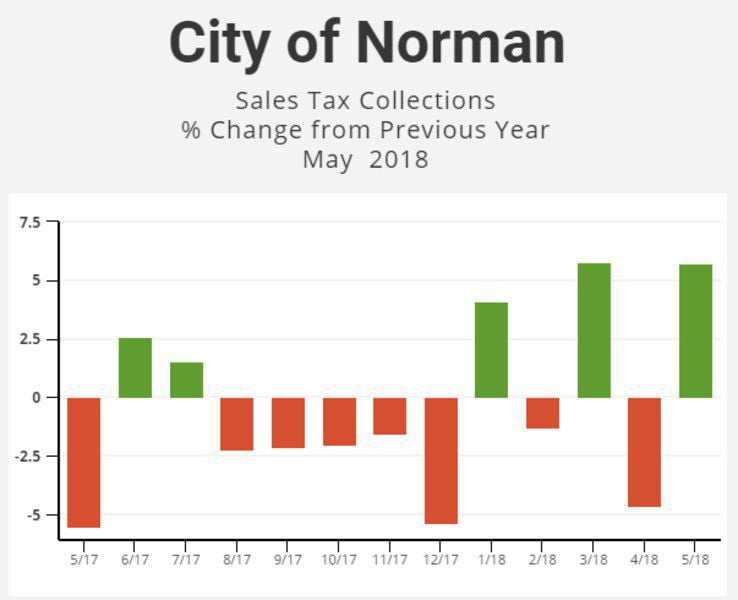 While the May uptick in sales tax is encouraging, sales tax receipts have been rollercoaster.

Lindsey Street merchants are still waiting for business to bounce back, now that construction has ended and the new streetscape, additional lanes, bike lanes and sidewalks are in place.

“We saw a minute increase, but it's still down from two years prior,” said International Pantry owner Jocelyn Wall. “It's a little bit better than it was last year, but not what it was prior to construction.”

Wall said the traffic has increased on Lindsey, but people aren't stopping to shop.

“People think the roads open and dollars are flying your direction, but that's not the case,” she said. “I really think the biggest effect on business is online shopping.”

As a savvy local business woman, one way Wall gets people into her store is by offering cooking classes.

“You can't buy the cooking class experience online — the camaraderie and the fun — the total experience,” Wall said. “We have a wide variety of chefs, and we pick ones with great personalities who make cooking fun. And we pick foods that you can make at home with ease.”

International Pantry's summer class session schedule will be posted online at intelpantry.com and emailed out to customers this week.

“We have a great base of customers who have started to spread the word to their friends, and we're getting new faces into the store that way,” Wall said. “My customers are our best free source of advertising.”

Lindsey Street businesses aren't the only ones being hurt by online shopping, as evidenced by a three year trend of depressed sales tax receipts. This month, however, things are looking up with May 2018 receipts showing 5.71 percent growth over last year.

While the uptick is encouraging, sales tax has been volatile this fiscal year with 1.54 percent growth in the general fund over last year. That was followed by several down months with a discouraging 5.34 percent dip occurring in December, then an encouraging 4.11 percent growth spurt in January.

The rollercoaster tax receipts continued with a down month in February and a nice spike upward in March at 5.79 percent, another dip in April of 4.63 percent followed by this month's uptick.

“It is a positive return,” said Norman Finance Director Anthony Francisco. “We continue to be concerned about the variance, and we continue to monitor things.”

The second concerning factor is that while this month's nearly 6 percent growth is encouraging, it's coming on top of a downturn — May 2017 was down 5.53 percent from May 2016. With many months last year running below 2016 receipts, the hard reality is some of this year's down months are coming in below receipts of two or even three years prior while even the strongest growth months may actually be low growth or flat compared to two or three years prior.

Total sales tax receipts for May were $6.4 million, with $259,601 each going into Norman Forward and Public Safety Sales Tax funds.

This is the eleventh out of twelve monthly sales tax deposits by the Oklahoma Tax Commission for this fiscal year which began July 1, 2017 and will end June 30, 2018. May receipts represent primarily March collections.

Use tax is the continuing bright spot on the sales tax horizon as those receipts continue to show strong increases over last year. Total use tax receipts for May were $480,817 compared to $366,123 in May 2017. Those numbers include Norman Forward and PSST funds.

Year-to-date, total use tax receipts are up about $1.27 million over last year. While that may sound like a lot, compared to the $50 million in sales tax receipts so far this fiscal year-to-date, use tax is helping, but not a solution.

This is a multi-year trend, and while Norman Forward and PSST dollars come straight off the top when the receipts are deposited, the amount retained by the University North Park TIF fund are teased out later when reports come in from the individual tax remitting businesses.

In other words, that 5.71 percent growth for the combined general and capital project funds includes money that will be diverted for TIF development. The Norman City Council is currently looking at whether to end the TIF early as a means of bolstering city coffers.

“We've still got some contractual obligations,” said council member and finance committee chair Robert Castleberry. “Once we accumulate the money from the project costs, it stops accumulating and it all then goes to the general fund.”

He said the TIF will generate enough funds to meet its project obligations in three years unless the project plan is amended.