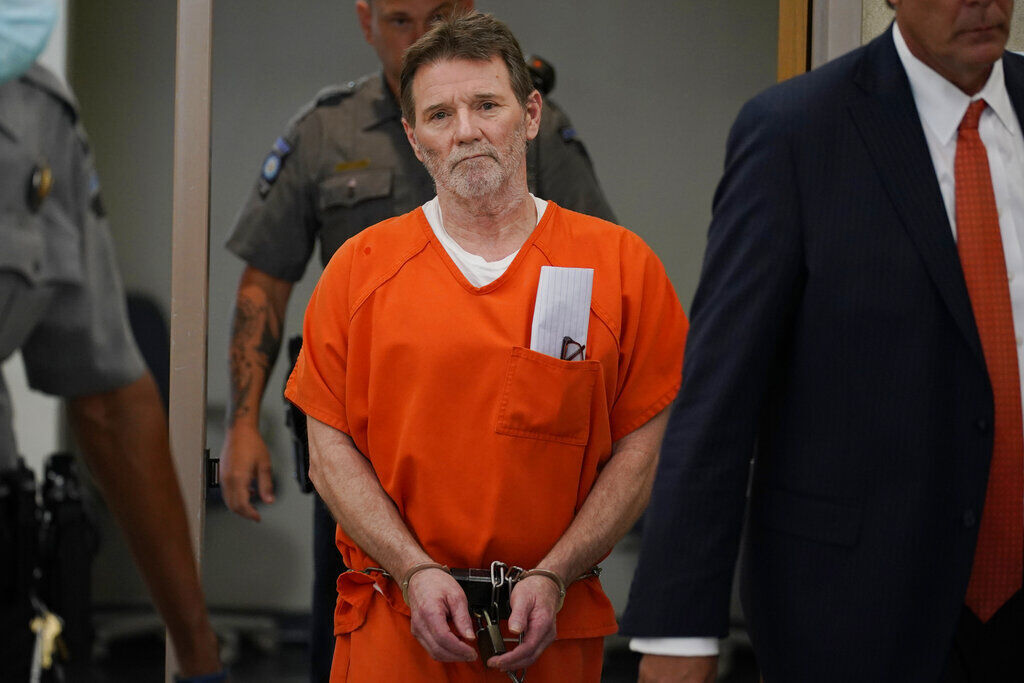 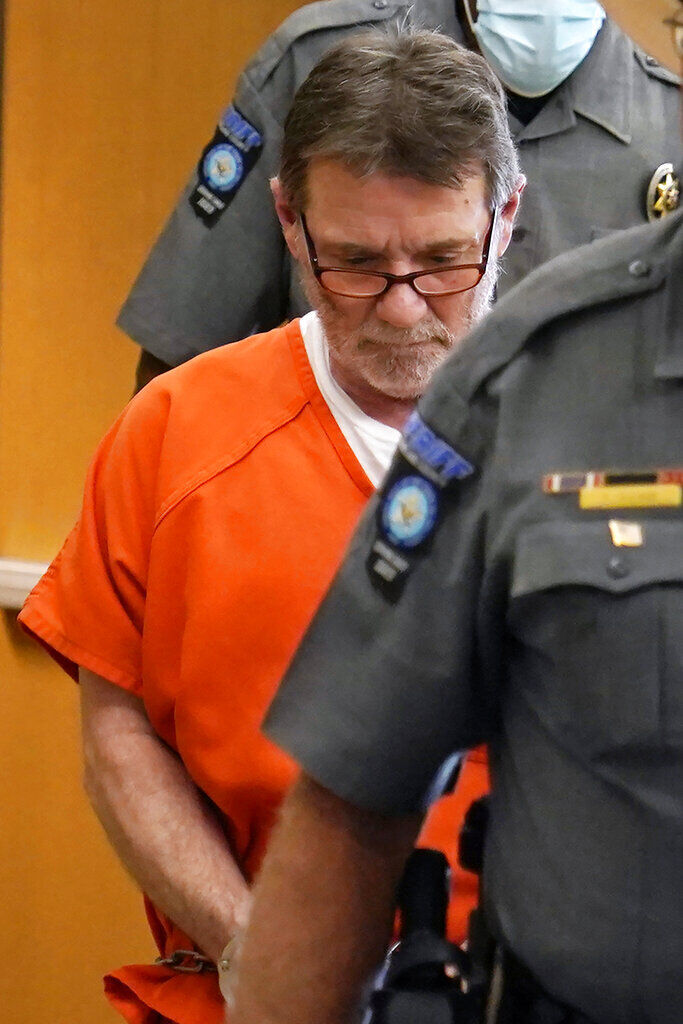 Max Townsend is led from his sentencing Thursday in the Cleveland County Courthouse in Norman. Townsend was convicted of three counts of second-degree murder, three counts of leaving the scene of a fatality accident and four counts of leaving the scene of an injury accident for running over members of the Moore High School cross country team, killing Yuridia Martinez, Rachel Freeman and Kolby Crum and injuring others. 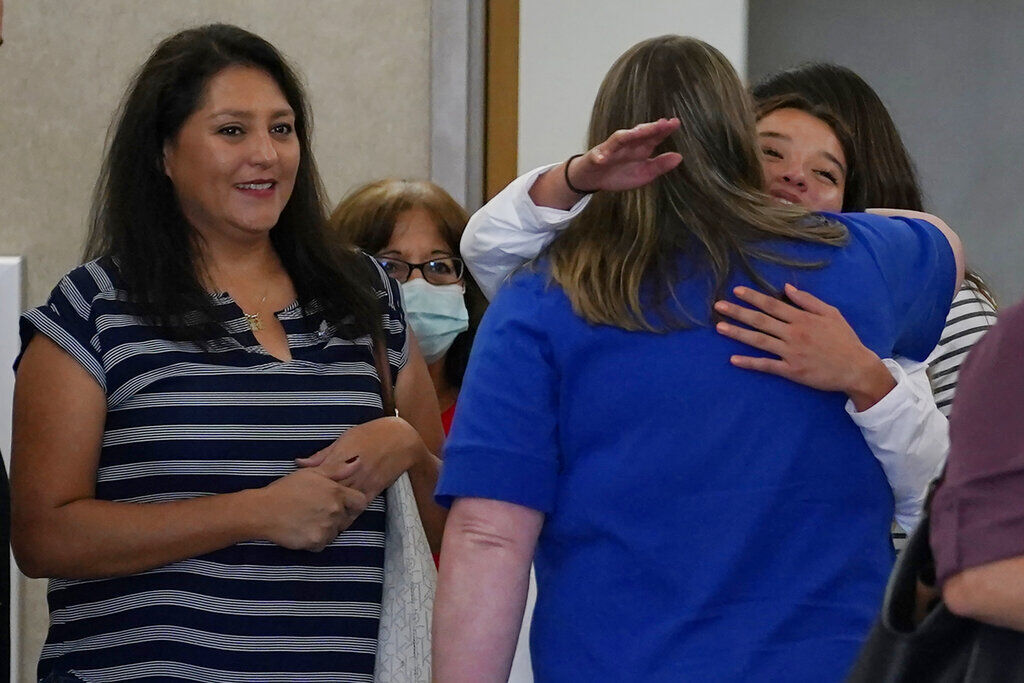 Family and friends of Yuridia Martinez, Rachel Freeman and Kolby Crum, the three members of an Oklahoma high school cross-country team killed in a car crash as they ran, leave District Judge Lori Walkley's courtroom Thursday in the Cleveland County Courthouse in Norman, after Max Townsend, convicted of murder in their deaths, was sentenced to three counts of life in prison.

The courtroom fell silent as District Judge Lori Walkley announced that Max Townsend, the man who murdered three Moore High School students last February when he plowed them over with his truck and then left the scene, would spend the rest of his life behind bars.

“My kids always say I can make lemonade out of anything but there were many times throughout this trial where I had a hard time making lemonade,” Walkley said. “... Although many days during the trial were difficult, today was not.”

“This is not a difficult decision for me,” Walkley said after deciding on his sentence. “... Where we have this light over here [with the family], it’s contrasted by the darkness over here with Mr.Townsend.”

Walkley allowed for the family members and friends of the victims to read their statements pleading with Walkley to issue the maximum sentence and describing how Townsend’s actions that day will affect them for the rest of their life. Throughout the entirety of the proceeding Townsend sat slumped down in his chair not showing any remorse or emotion.

“Max Townsend intentionally ran [Freeman] down, driving at the speed of 77 miles per hour, and left her laying dead in the street,” said Jody Freeman, Rachel’s mom. “... I want Max Townsend to know that I forgive him for killing my daughter. and this is how I can forgive. I forgive him because God has forgiven me of my sins by sending his only son, Jesus Christ, to die on the cross.

“... I pray that one day Max Townsend will see the evil that he did, and come to know the forgiveness that is in Jesus Christ.”

“He made his bed, now it’s time for him to lie in it forever,” he said.

Freeman’s dad, Michael Freeman, described his daughter as someone who could light up the room with her smile.

“I do want Mr. Townsend to know I’ve forgiven him, even though he doesn’t deserve it,” Michael Freeman said. “I’m not asking this court for vengeance because that’s in God’s hands, but I do ask for justice.”

Walkley said she kept a picture of Freeman on her desk at all times because seeing her smile made the trial a little easier.

Crum’s future was supposed to be college, said his mother, Tansey Helbusch. Instead of a future as a collegiate athlete, Townsend killed him, she said.

“I should be decorating his dorm room or apartment right now, not his gravesite,” Helbusch said.

Townsend’s defense attorney, Kevin Butler, said that Townsend maintained his longtime defense that he was unconscious because he choked on a Red Bull and that is what caused him to hit the kids. Townsend told the judge that he has an appellate lawyer and indicated he plans to appeal the sentence.

Reese Gorman covers politics and COVID-19 for The Transcript; reach him at rgorman@normantranscript.com or @reeseg_3.