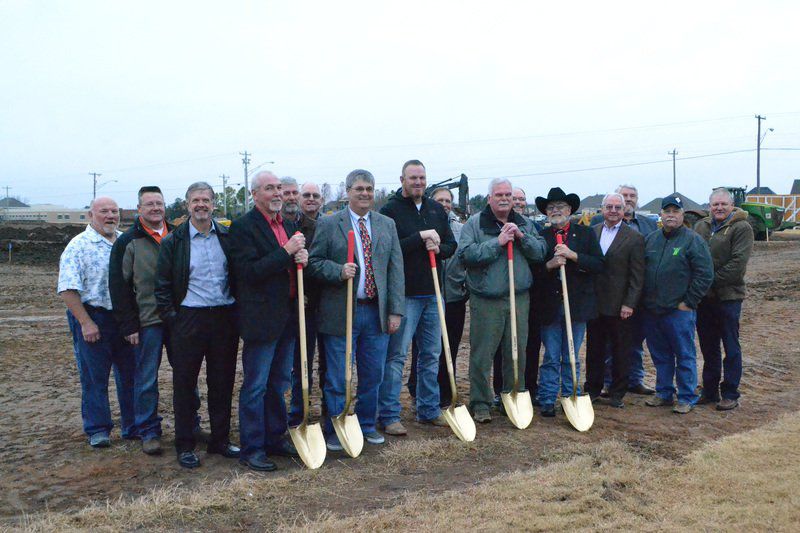 Trustees, employees and top administration of Western Farmers Electric Cooperative pose for a photo at the groundbreaking ceremony Tuesday for the company's new location on Telephone Road in Moore. 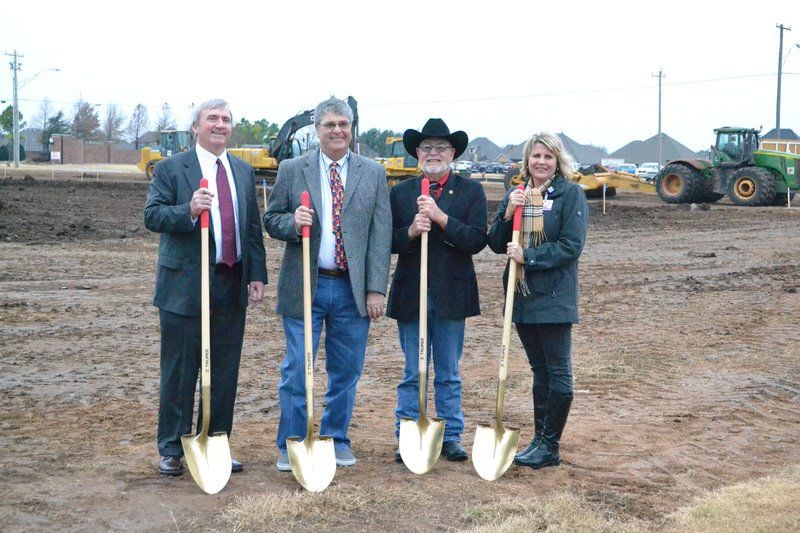 Trustees, employees and top administration of Western Farmers Electric Cooperative pose for a photo at the groundbreaking ceremony Tuesday for the company's new location on Telephone Road in Moore.

There was at least one point in its existence when Western Farmers Electric Cooperative wasn't growing.

It was right after its founding in 1941. Farmers in southwestern Oklahoma banded together to provide reliable electricity to the area and acquired some generators.

They soon had to give those up. The U.S. armed forces needed them when World War II broke out.

"We had a slight delay," Charles Hickey, president of the Western Farmers Board of Trustees, said.

It's safe to say the cooperative is growing steadily now, since on Tuesday directors and company officials held a groundbreaking ceremony at their new location at 3000 Telephone Road in Moore. The facility will be 44,000 square feet and accommodate up to 85 employees, more if Western Farmers expands enough to take up the bottom floor, as well.

"We recently added another wind farm for 2018," CEO Gary Roulet said. "This will be our seventh wind farm in Oklahoma. And right now, we’re looking at another type of fossil fuel generation, which will likely be a natural gas plant. We add about $80 million of capital projects per year, so we’re not a small company."

Western Farmers provides the electricity for 21 cooperatives, 17 in Oklahoma and four in southeastern New Mexico. They generate it from a variety of sources, including coal, natural gas, wind, solar energy and even hydro-electric power, Hickey said.

It has been headquartered in Anadarko for decades, and that will remain the case even after construction on the new building in Moore is complete. But that location kept the company from growing at a quicker pace.

"The reason we looked at this is because a rural, small town like Anadarko has a really difficult time recruiting," Roulet said.

So in 2016, Western Famers leased office space in Riverwalk Place at 2900 S Telephone Road. It was an "experiment," Roulet said, to see if that would improve recruitment.

"It’s worked out very well in recruiting millenials, engineers and highly skilled people you can’t get to come to a rural area," he said. "When we saw that work out, the board was more than willing to build a building out here. We've been here two years, and I don't think we'd go anywhere else."

Western Farmers' groundbreaking ceremony was the second to occur on this stretch of Telephone Road in about a month, as Johnnie's Charcoal Broiler is being constructed across the street. City Manager Brooks Mitchell spoke of the city's happiness to see this area of town growing.

"On behalf of the City Council, I want to welcome Western Farmers Electric Cooperative to Moore," Mitchell said. "We appreciate your efforts. We know this decision was not made lightly, and we couldn’t think of a better partner to open up this area.”

Construction on the building is set to be complete by January of 2019. It gives Western Farmers two locations for employees to work, whether they enjoy the rural setting of Anadarko or the busier, urban Moore location.

“We have a power plant down there, we have our transmission and distribution employees, our control center; all of those things are permanent in the location they’re in," Roulet said about the Andarko headquarters. "We allow employees to work in Anadarko or work in Moore, where ever we can hire the best employee. Typically what we see is six or eight applicants in Anadarko and, sometimes, 100 here, so we’re really doing what we wanted to do."