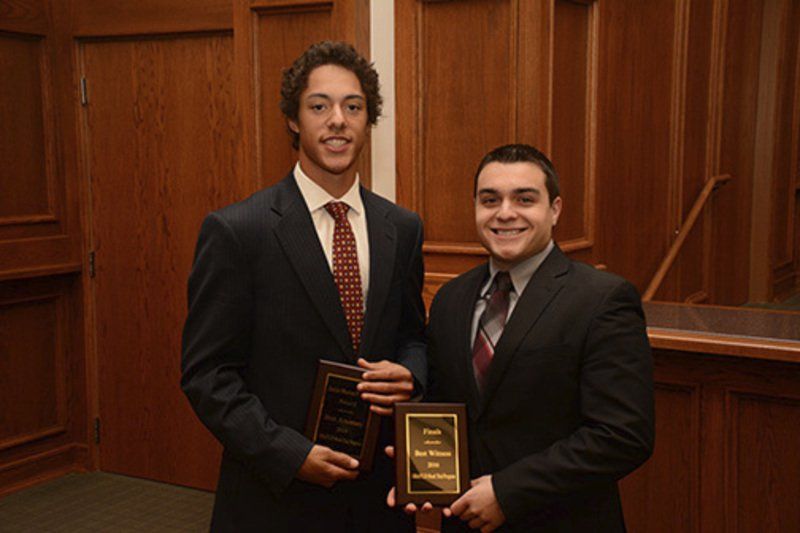 Daniel Lambert and Juan Martinez are show with their Best Attorney and Best Witness plaques. 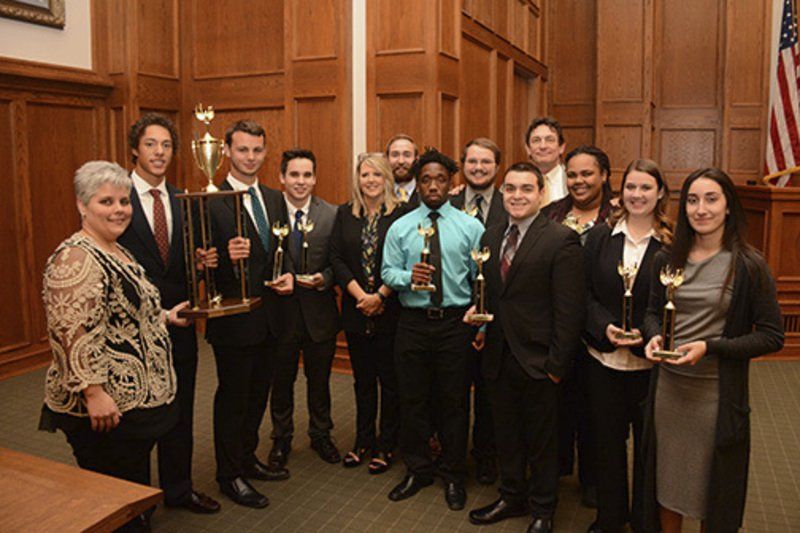 Daniel Lambert and Juan Martinez are show with their Best Attorney and Best Witness plaques.

“Moore High School has again demonstrated its commitment not only to the Mock Trial competition but also its commitment to the education of our youth about the very cornerstones of our democracy,” said Oklahoma Bar Association President Garvin A. Isaacs of Oklahoma City. “I am confident they will represent Oklahoma well at the national competition.”

The judges evaluated the students based on their familiarity of the case and the formulation of their arguments. Students received points for each phase of the trial, opening, direct and cross examination, closing argument and how well their witnesses responded. Teams are paired with volunteer attorney coaches. Moore’s attorney coach is David Smith. The team is also coached by teachers Sandra Mayfield and Gavin Hart.

The Mock Trial Program is sponsored and funded by the Oklahoma Bar Foundation and the Oklahoma Bar Association Young Lawyers Division. Nearly 400 judges and attorneys volunteered their time to work with mock trial teams as coaches and to conduct the competitions.

The foundation, through its grants and awards program, allocates funds to nonprofit agencies and programs like mock trial. The mission of the foundation is to ensure justice is possible for all Oklahomans through the promotion of law, education and access to justice. The 18,000-member Oklahoma Bar Association, headquartered in Oklahoma City, was created by the Oklahoma Supreme Court to advance the administration of justice and to foster and maintain learning, integrity, competence, public service and high standards of conduct among Oklahoma’s legal community.