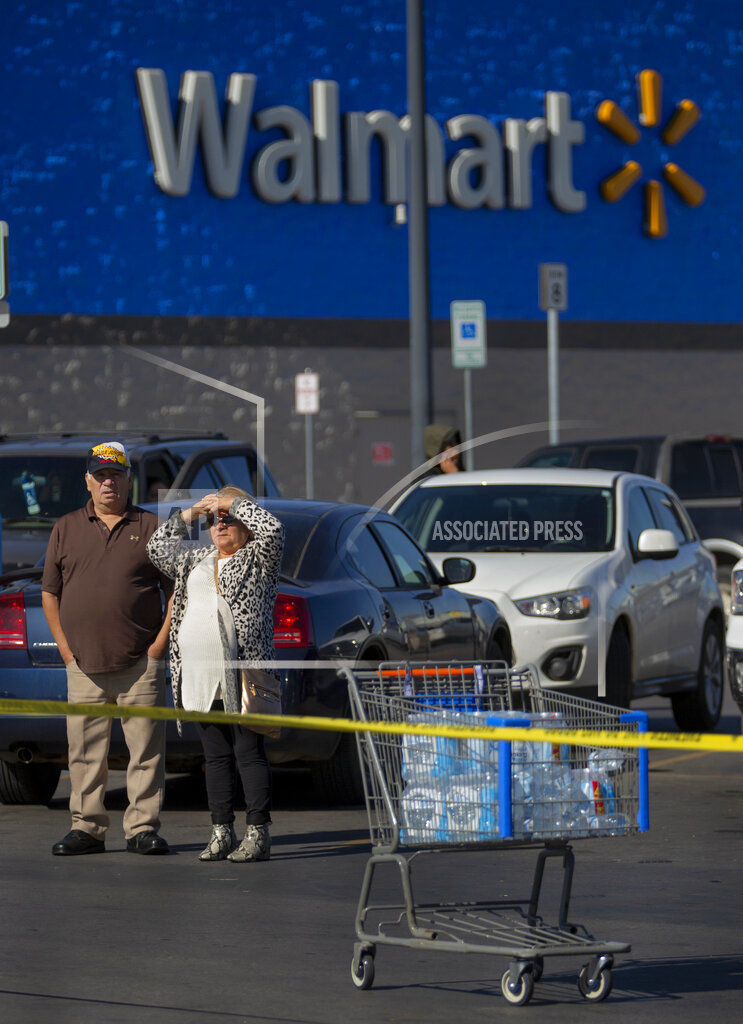 Shoppers look to the scene of a fatal shooting in the parking lot of a Walmart in Duncan, Okla., on Monday. 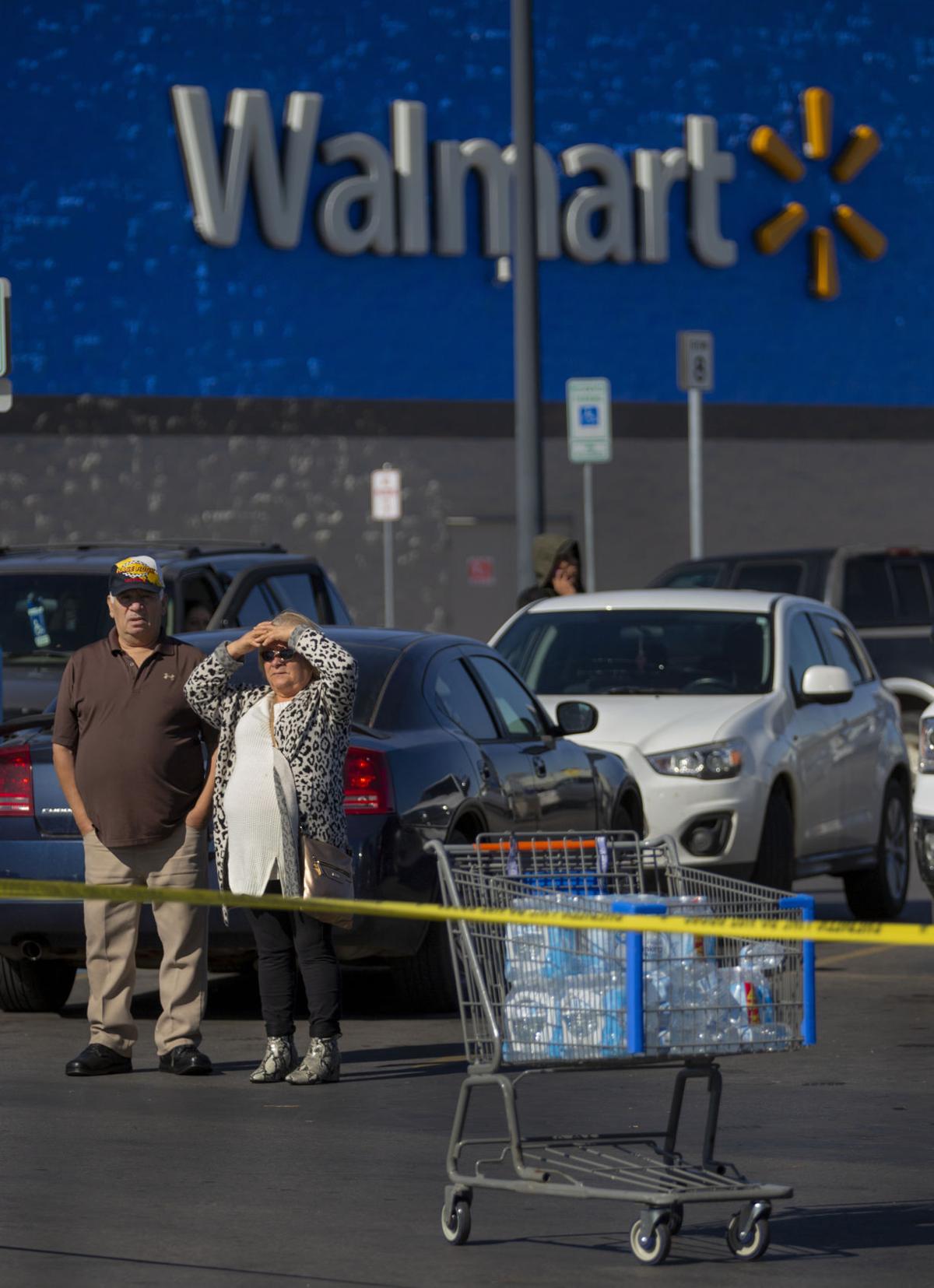 Shoppers look to the scene of a fatal shooting in the parking lot of a Walmart in Duncan, Okla., on Monday, Nov. 18, 2019. (Chris Landsberger/The Oklahoman via AP)

Shoppers look to the scene of a fatal shooting in the parking lot of a Walmart in Duncan, Okla., on Monday.

Shoppers look to the scene of a fatal shooting in the parking lot of a Walmart in Duncan, Okla., on Monday, Nov. 18, 2019. (Chris Landsberger/The Oklahoman via AP)

DUNCAN, Okla. — Authorities have released names of three people left dead in a double-murder suicide in a Walmart parking lot in southwest Oklahoma.

Duncan Police Lt. John Byers said those involved in the deadly domestic dispute include a male found at the rear of the vehicle named Wbiliado R. Varela Jr., 43, of Duncan, who was the suspect in the shooting; Rebecca N. Vescio-Varela, 31, of Duncan, who was found in the driver’s seat; and Aubrey P. Perkins, a 39-year-old male from Minco, Oklahoma, who was found dead in the passenger’s seat of the car.

Byers said that Varela and Vescio had been married or at least common-law married.

The gun still had ammunition inside it in the magazine. Byers said police counted 13 casings and live rounds on the ground.

Byers said the events leading up to the domestic dispute included Vescio, a Walmart employee who was not scheduled to work, and Perkins arriving at the Walmart and visiting the Money Center inside.

An official motive has not yet known, though it is clear Varela shot through the windshield and possibly opened the driver-side door and fired more rounds there.

As backup law enforcement arrived, they found the three deceased and multiple gunshot holes to the windshield of the car and multiple shell casings and live rounds on the ground around the car. Byers said they also recovered a 9mm semi-automatic handgun near Varela Jr.

Byers said a fourth person with the gun was a concerned citizen who approached the scene. Byers believes Varela shot himself before the fourth person approached with a firearm after hearing shots. “We did take his firearm at the time and later returned it to him,” Byers said. “He got all the way up beside the vehicle at the back end of the pickup that was parked by the victim’s vehicle.”

Byers said the man confirmed he didn’t have any conversations with Varela Jr. His name has not been released at this time.

While some details are emerging, Byers said the investigation is still ongoing.

“Video from multiple locations in Duncan is being reviewed and obtained and other witnesses and tips are still being followed up on as soon as they are obtained,” Byers said. “All gunshots were in the parking lot and not inside the Walmart.”

Byers said they are still interviewing people about the incident and continue reviewing surveillance footage. He urged anyone with information to contact the Duncan Police Department. To contact DPD, call the non-emergency line at 580-255-2112.

The Duncan, Okla., Banner provided details for this story.