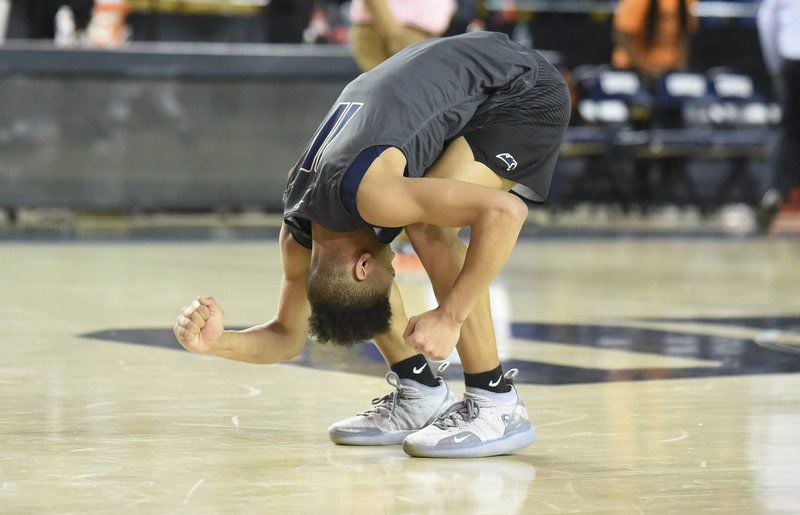 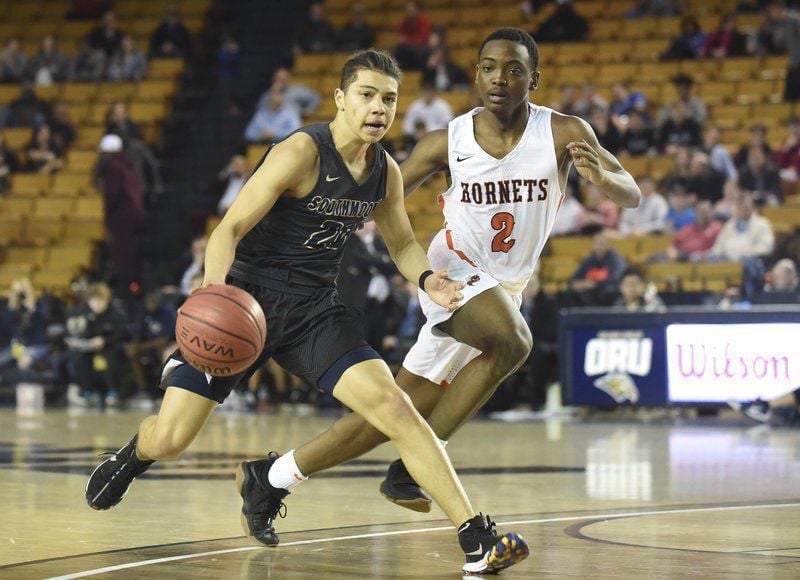 TULSA — A devastating finish weighed heavy on Southmoore as they walked off the Mabee Center court Friday.

The Sabercats' season ended with a 61-59 loss to Booker T. Washington in the 6A state semifinals.

Southmoore coach Tim Stogsdill cautioned his players only one team was going to be happy this weekend. Emotions were still high across the board after realizing defeat.

“They’re crushed,” Stogsdill said. “You get that close. You’re right there. These guys have never been here before. They don’t know that feeling.”

Southmore didn’t play like a team that hadn’t been in that situation to its credit.

The Sabercats had the lead for 27 minutes, while the Hornets were on top for all of 22 seconds in their semifinal win.

A foul was called that sent Jalen Breath to the free-throw line with 1.7 seconds remaining in the fourth quarter, and the Booker T. Washington junior sunk both free throws.

Southmoore was forced to inbound the ball with no timeouts to spare. Sophomore Damian Kline heaved the go-ahead shot from well behind the mid-court line, but he wasn’t able to connect.

“Our team all year has been one wave, and I didn’t want this wave to end,” Stogsdill said. “They said we weren’t supposed to be here, but we belonged here. You guys saw that tonight. We belonged here.”

The Sabercats typically had an answer each time the Hornets threatened to take control. Stogsdill still seemed pleased with his team’s composure down the stretch.

“They came over on the bench and they talked to each other, settled down and took care of the basketball,” Stogsdill said. “That’s a good basketball team [in Booker T. Washington]. That team’s been there, and they know what it takes.

“We were right there until the end. We had an opportunity.”

Southmoore knew it belonged, and a spectator went out of his way to affirm their beliefs.

As Southmoore circled around a hallway to its Mabee Center dressing room, Oklahoma State men's basketball coach Mike Boynton caught up with the Sabercats coaching staff.

Boynton, who was on Oral Roberts’ campus to take in a few early high school basketball games, congratulated the group on their season and told them their players played hard.

The effort certainly was there Friday. But it might not be the last time this cast makes an impression at the 6A state tournament.

“The exciting part is, the cool thing is that we’ve got a lot of guys coming back,” Stogsdill said, “and hopefully we can make that run again.”